With Commodore Perry to Japan 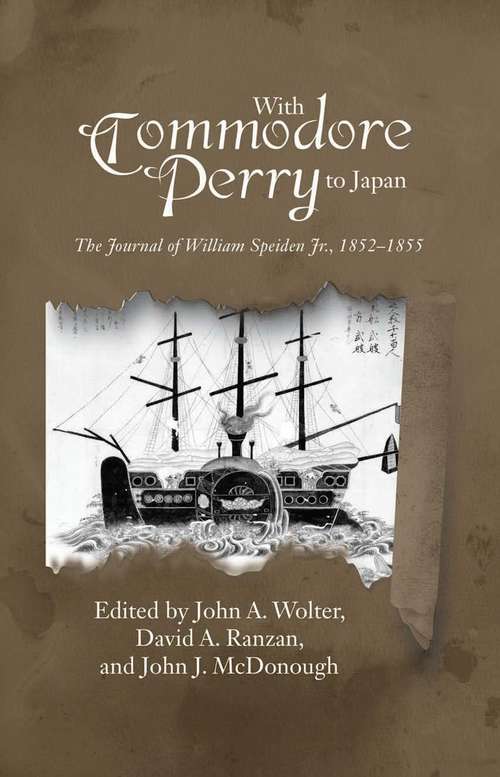 By: John J. Mcdonough • John A. Wolter • David A Ranzan
Login
Sign Up

With Commodore Perry to Japan offers a personable account of Commodore Perry's expedition to Japan through the eyes of a sixteen-year-old purser's clerk of the Mississippi. The National Historic Publications & Records Commission (NHPRC) -endorsed documentary edition provides excellent coverage of both the political mission of the Perry expedition - the opening of relations with Japan - and of the social history of a naval warship as well. Speiden kept entries on a regular basis, although not always daily, and he filled more than three hundred, closely written pages dating from 9 March 1852 to 16 February 1855. Adding significantly to the interest of Speiden's account are nearly seventy illustrations ranging from hand drawn, pen-and-ink scenes of everyday life sketched by Speiden and other members of the crew to exquisitely colored and detailed pith paintings by Chinese artists.Before its departure for Japan, the Mississippi made calls at several ports on the East Coast and also devoted more than a month to investigating problems involving fishing rights in Canadian waters. On 24 November 1852, following a visit from President Millard Fillmore, the Mississippi headed across the Atlantic Ocean. After a brief stop at Madeira and a visit ashore at St. Helena, where Napoleon's gravesite was described and sketched, the Mississippi headed for the Cape of Good Hope. Cape Town was reached on 24 January 1853, and after a stay of ten days, where Speiden visited the countryside remarking on the turmoil between the English and the Xhosa tribes, the voyage was continued across the Indian Ocean by way of Mauritius, Ceylon, Malacca, and Singapore to Macao and Hong Kong.On 31 March 1854, Speiden was among the few select officers in the landing party on the great occasion, the signing of the treaty between the United States and Japan. As a young purser's clerk Speiden played only a minor role in these historic undertakings but he was enthusiastic and alert, and made the most of his situation and the opportunities it presented. A return visit, occupying most of June, was made to Shimoda before sailing for Hong Kong by way of the Loo Choo Islands. On 12 September 1854, Speiden and the Mississippi went to sea the following day, and the remainder of his journal, filling thirty-two pages, recounts visits to Honolulu, San Francisco (including a trip to the gold fields near Sacramento), and Valparaiso.