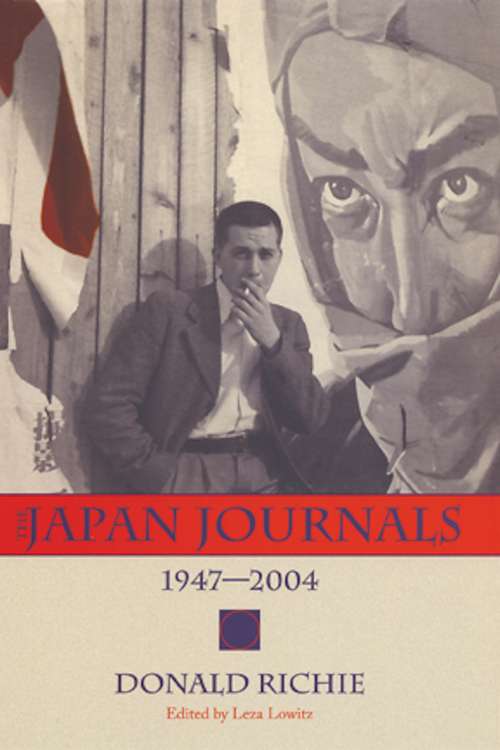 "Richie should be designated a living national treasure."--Library Journal"Wonderfully evocative and full of humor... honest, introspective, and often poignant."--New York Times"No one has written with more concentration about the peculiar quality of exile enjoyed by the gaijin, the foreigner in Japan."--London Review of Books"To read [The Donald Richie Reader and The Japan Journals] is like diving for pearls. Dip into any part of them and you will surely find treasures about the cinema, literature, traveling, writing. The passages are evocative, erotic, playful, and often profound."--Japanese Language and LiteratureDonald Richie has been observing and writing about Japan from the moment he arrived on New Year's Eve, 1946. Detailing his life, his lovers, and his ideas on matters high and low, The Japan Journals is a record of both a nation and an evolving expatriate sensibility. As Japan modernizes and as the author ages, the tone grows elegiac, and The Japan Journals--now in paperback after the critically acclaimed hardcover edition--becomes a bittersweet chronicle of a complicated life well lived and captivatingly told. Donald Richie, the eminent film historian, novelist, and essayist, still lives in Tokyo.