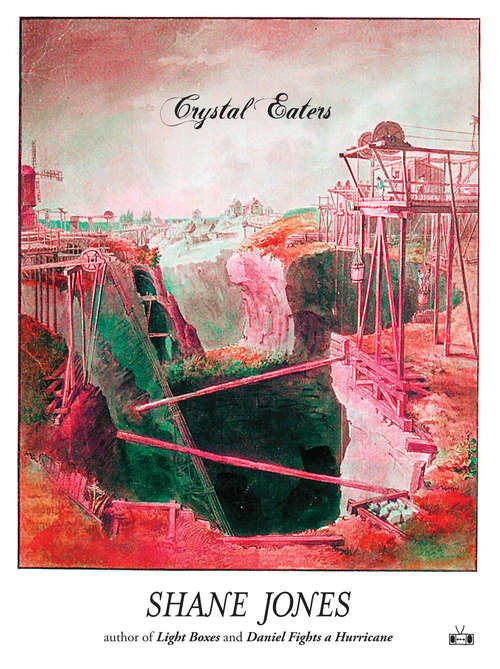 "Jones demonstrates a tightrope-like eye for finagling between Pynchon-esque quasi-science-fictional feels and the books' physics, allowing almost anything to happen at any time, wrapped in a Wallace-like grip of childlike awe. The result is a novel that, paragraph to paragraph, is alive with imagination. Crystal Eaters is the rarest of kinds of objects, one that replenishes its readers' crystal counts by simply being read."-Vice"A woozy, near-psychedelic story... Jones's writing is simultaneously lyrical and blunt; whimsy is tempered with bleakness and violence. Crystal Eaters is easily his most ambitious work to date."-Impose"Jones has been bridging the magical and somewhat whimsical with stories that can resonate with anybody, and Crystal Eaters might be his most touching and best work to date."-Flavorwire"Crystal Eaters is splattered with Technicolor crystal vomit and eye goo, with bodies leaking red, yellow, and blue; the sun wants to swallow the earth; and the indestructible city encroaches on the country like kudzu. This crystal mining country is Jones's own Yoknapatawpha County, a town with its own peculiar inhabitants and notions and schemes (such as a prison break in reverse). These fantastical trappings give way to deeper questions - about death, the nature of life, of what it takes to be remembered after you die."-The Millions"Beautiful, crystalline...an admirably deep story that will wrench readers' hearts."-Time Out New York"A powerful narrative that touches on the value of every human life, with a lyrical voice and layers of imagery and epiphany."-BuzzFeed"Crystal Eaters is full of sentences that jump at you like a pop-up book, painting a world that is at some times painfully real, and at others an exercise in vivid hallucinations. Jones is pushing genres here, not unlike George Saunders or Karen Russell. Crystal Eaters grabs your face and pushes it up against a fantastic, sprawling, impressionistic painting of death and family." -The Rumpus"[Crystal Eaters is] a resonant piece of work... In Jones' world, a range of colors lives inside each person-in fact, that very rainbow gives the body its power, its life. And although death will one day drain those colors from each person, Crystal Eaters reminds us that life itself is a luminous thing." -HTML GiantRemy is a young girl who lives in a town that believes in crystal count: that you are born with one-hundred crystals inside and throughout your life, through accidents and illness, your count is depleted until you reach zero.As a city encroaches daily on the village, threatening their antiquated life, and the Earth grows warmer, Remy sets out to accomplish something no one else has: to increase her sick mother's crystal count.An allegory, fable, touching family saga, and poetic sci-fi adventure, Shane Jones underlines his reputation as an inspired and unique visionary.Shane Jones's (b. 1980) first novel, Light Boxes, was originally published by Publishing Genius Press in a print run of five hundred copies in 2009. The novel was reviewed widely, the film optioned by Spike Jonze, and the book was reprinted by Penguin. Light Boxes has been translated in eight languages and was named an NPR best book of the year. Jones is also the author of the novels Daniel Fights a Hurricane and The Failure Six.