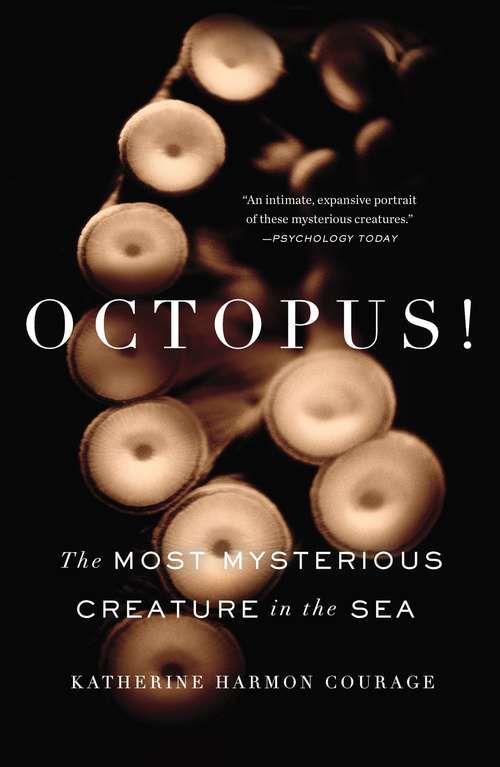 No one understands the octopus. With eight arms, three hearts, camouflaging skin, and a disarmingly sentient look behind its highly evolved eyes, how could it appear anything but utterly alien? Octopuses have been captivating humans for as long as we have been catching them. Many cultures have octopus-centric creation myths, art, and, of course, cuisine. For all of our ancient fascination and millions of dollars' worth of modern research, however, we still have not been able to get a firm grasp on these enigmatic creatures. Now, Katherine Harmon Courage, a veteran journalist and contributing editor for Scientific American, dives into the mystifying underwater world of the octopus. She reports from around the globe of her adventures in Spain, Greece, and even Brooklyn, inviting us to experience the scientific discoveries and deep cultural ties that connect us to the octopus. You'll discover: The oldest known fossilized octopus is estimated to have lived 296 million years ago--even before the first dinosaurs emerged. Government agencies are funding research labs around the world to re-create the octopus's naturally occurring camouflage techniques. About two thirds of an octopus's brain capacity is spread throughout its eight arms, meaning each one literally has a mind of its own. Octopuses have aced numerous intelligence tests, including opening childproof bottles, solving mazes, and even recognizing individual people. The octopus can change colors and textures within milliseconds to vanish against its background--yet we have no evidence that it can see in color. Courage deftly interweaves personal narrative with interviews with leading octopus experts. The result is an entertaining yet scientifically grounded exploration of the octopus and its infinitely complex world.