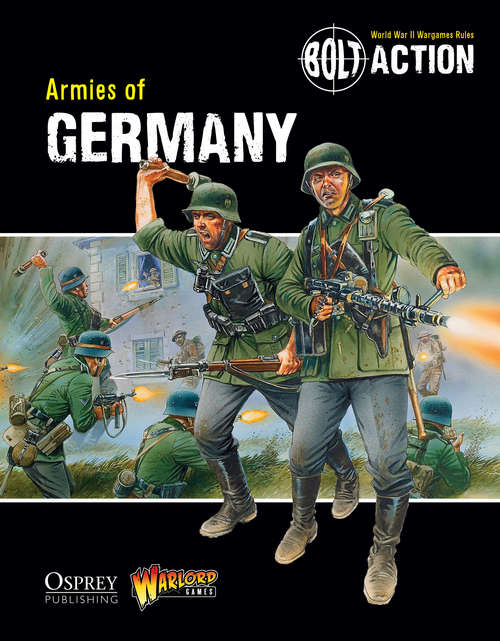 This book provides Bolt Action players with all of the information they need to field the military forces of Nazi Germany. Detailed army lists allow players to construct German armies for any theatre and any year of the war, including the early campaigns in Poland and France, the dusty tank war in the North African desert, the bloody battles on the Eastern Front, and the final defence of Normandy, occupied France and Germany itself. With dozens of different unit types including Fallschirmjager, Waffen-SS, and the dreaded Tiger tank, players can assemble a huge variety of troops with which to battle their opponents.