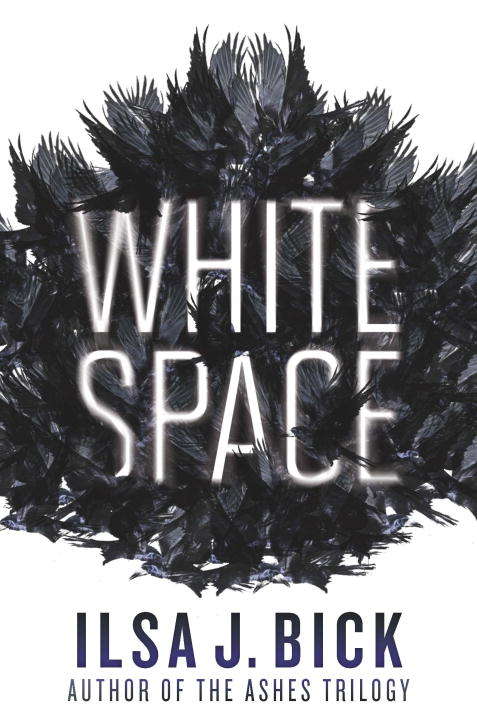 In the tradition of Memento and Inception comes a thrilling and scary young adult novel about blurred reality where characters in a story find that a deadly and horrifying world exists in the space between the written lines.Seventeen-year-old Emma Lindsay has problems: a head full of metal, no parents, a crazy artist for a guardian whom a stroke has turned into a vegetable, and all those times when she blinks away, dropping into other lives so ghostly and surreal it's as if the story of her life bleeds into theirs. But one thing Emma has never doubted is that she's real.Then she writes "White Space," a story about these kids stranded in a spooky house during a blizzard.Unfortunately, "White Space" turns out to be a dead ringer for part of an unfinished novel by a long-dead writer. The manuscript, which she's never seen, is a loopy Matrix meets Inkheart story in which characters fall out of different books and jump off the page. Thing is, when Emma blinks, she might be doing the same and, before long, she's dropped into the very story she thought she'd written. Trapped in a weird, snow-choked valley, Emma meets other kids with dark secrets and strange abilities: Eric, Casey, Bode, Rima, and a very special little girl, Lizzie. What they discover is that they--and Emma--may be nothing more than characters written into being from an alternative universe for a very specific purpose.Now what they must uncover is why they've been brought to this place--a world between the lines where parallel realities are created and destroyed and nightmares are written--before someone pens their end.