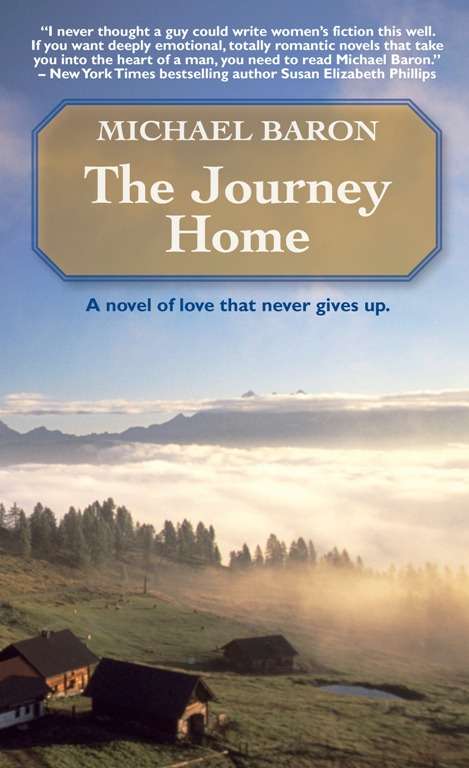 Joseph, a man in his late thirties, awakens disoriented and uneasy in a place he doesn't recognize. Several people are near him when he opens his eyes, all strangers. All of them seem perfectly friendly, but none of them can explain to him how he got there. They offer him a delicious meal and pleasant conversation in a beautifully decorated room. This would be a very nice experience if not for one thing: Joseph doesn't know where he is and he has no way to contact his wife, who he is sure is worried sick over him. Thanking the people for their hospitality, he leaves to make his way back home. The only problem is that whatever happened to him has stripped him of most of his memories. He knows he needs to get back to his wife, but he doesn't know how to find her. He sets out on a journey to find his home with no sense of where he's going and only the precious, indelible vision of the woman he loves to guide him.Antoinette is an elderly woman in an assisted living facility. She's spent the last six years there since her husband died, and most of those years have been happy. She enjoys the company of others in her situation and her son comes to visit often. But in recent months, she's had a tougher and tougher time leaving her room. Her friends seem different to her and the world seems increasingly confusing. She spends an escalating amount of time on a journey inside her head. There, her body and mind haven't betrayed her. There, she's a young newlywed with a husband who dotes on her and an entire life of dreams to live. There, she is truly home.Warren, Antoinette's son, is a man in his early forties going through the toughest year of his life. His marriage ended, he lost his job, and in the past few months, his mother has gone from hale to increasingly hazy. Having trouble finding work, he spends more and more time by his mother's bedside. But her lack of lucidity both frustrates and frightens him. With far too much time on his hands, he decides to try to recreate his memories of home by attempting to cook his mother's greatest dishes using the rudimentary appliances available in her room. He finds the challenge surprisingly rewarding, especially because the only time he feels his mother is truly with him anymore is when she is eating the meals he prepares for her.Joseph, Antoinette, and Warren are three people on different searches for home. How they find it, and how they connect with one another at this critical stage in each of their lives, is the foundation for a profound and deeply moving story.