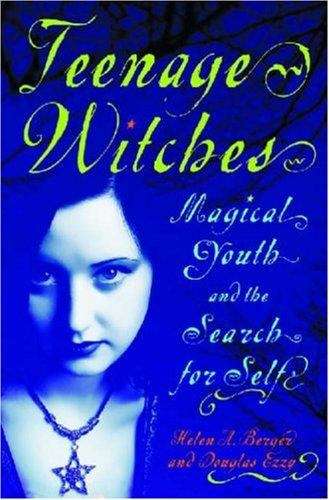 By: Helen A. Berger • Douglas Ezzy
Login
Sign Up

A popular new image of Witches has arisen in recent years, due largely to movies like The Craft, Practical Magic, and Simply Irresistible and television shows such as Buffy the Vampire Slayer, Sabrina the Teenage Witch, and Charmed. Here, young sexy Witches use magic and Witchcraft to gain control over their lives and fight evil. Then there is the depiction in the Harry Potter books: Witchcraft is a gift that unenlightened Muggles (everyday people) lack. In both types of portrayals, being a Witch is akin to being a superhero. At the other end of the spectrum, wary adults assume that Witches engage in evil practices that are misguided at best and dangerous at worst. Yet, as Helen A. Berger and Douglas Ezzy show in this in-depth look into the lives of teenage Witches, the reality of their practices, beliefs, values, and motivations is very different from the sensational depictions we see in popular culture. Drawing on extensive research across three countries--the United States, England, and Australia--and interviews with young people from diverse backgrounds, what they find are highly spiritual and self-reflective young men and women attempting to make sense of a postmodern world via a religion that celebrates the earth and emphasizes self-development. The authors trace the development of Neo-Paganism (an umbrella term used to distinguish earth-based religions from the pagan religions of ancient cultures) from its start in England during the 1940s, through its growing popularity in the decades that followed, up through its contemporary presence on the Internet. Though dispersed and disorganized, Neo-Pagan communities, virtual and real, are shown to be an important part of religious identity particularly for those seeking affirmation during the difficult years between childhood and adulthood.