Our Roots Are Deep with Passion 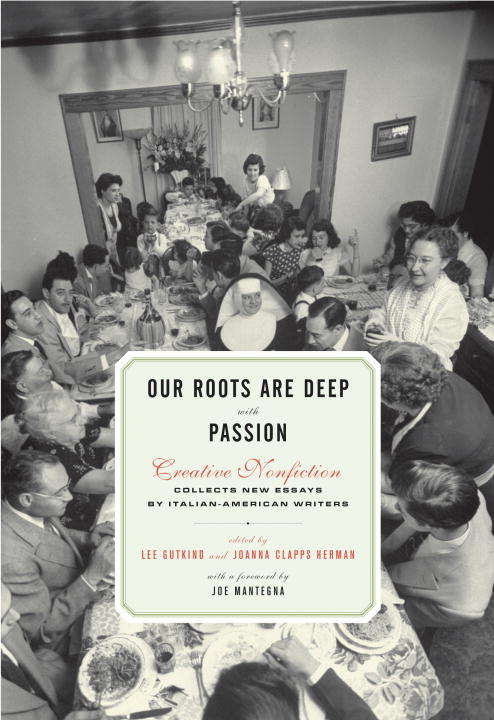 Thoughtful, poignant, and hilarious personal essays collected by the editors of Creative Nonfiction explore the meanings of Italian-American identity. In the twenty-one nonfiction narratives collected in Our Roots Are Deep with Passion, established and emerging writers with family ties to Italy reflect on the ways that their lives have been accented with uniquely Italian-American flavors. Several of the essays breathe new life into the time-honored theme of family--Louise DeSalvo honors her grandfather, nick-named "the drunk" because he spent his life of hard work drinking wine instead of water, and James Vescovi portrays the close of the stormy relationship between his father and grandmother. Other stories tackle the mystical side of Italian-American life, like Laura Valeri's account of a summer vacation séance in Sardinia that goes eerily awry. And elsewhere, Stephanie Susnjara charts the history of garlic in society and her kitchen, and Gina Barreca offers an unabashed confession of congenital jealousy.Lee Gutkind, founding editor of Creative Nonfiction, the nation's premier nonfiction prose literary journal, and Joanna Clapps Herman have brought together artful essays by novelists, scholars, critics, and memoirists from across the country. The pieces are as varied as their authors, but all explore the unique intersections of language, tradition, cuisine, and culture that characterize the diverse experience of Americans of Italian heritage.