The Labyrinth of Solitude, and The Other Mexico 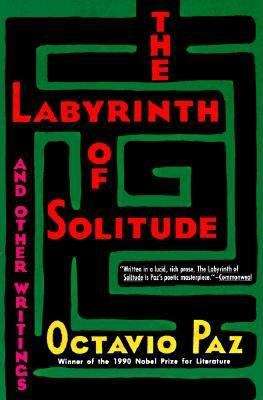 Octavio Paz has long been acknowledged as Mexico's foremost writer and critic. In this international classic, Paz has written one of the most enduring and powerful works ever created on Mexico and its people, character, and culture. Compared to Ortega Gasset's The Revolt of the Masses for its trenchant analysis, this collection contains his most famous work, "The Labyrinth of Solitude," a beautifully written and deeply felt discourse on Mexico's quest for identity that gives us an unequaled look at the country hidden behind "the mask." Also included are "The Other Mexico," "Return to the Labyrinth of Solitude," "Mexico and the United States," and "The Philanthropic Ogre," all of which develop the themes of the title essay and extend his penetrating commentary to the United States and Latin America. Winner of the 1990 Nobel Prize for Literature, and past recipient of the Jerusalem Prize, the Frankfurt Peace Prize, and the Neustadt Prize, Octavio Paz is the author of more than twenty-five books of poetry and prose. In addition to being a poet, essayist, playwright, social philosopher, and critic, he has also served as a Mexican diplomat in France and Japan, and as Mexican ambassador to India.