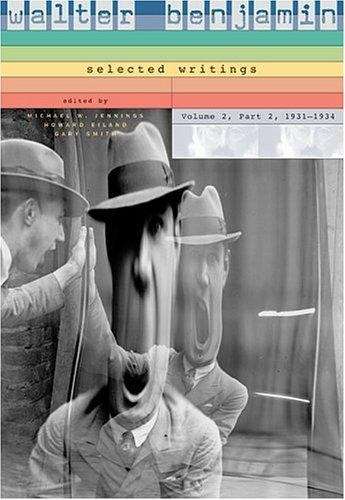 In the frenzied final years of the Weimar Republic, amid economic collapse and mounting political catastrophe, Walter Benjamin emerged as the most original practicing literary critic and public intellectual in the German-speaking world. Volume 2 of the Selected Writings is now available in paperback in two parts. In Part 1, Benjamin is represented by two of his greatest literary essays, "Surrealism" and "On the Image of Proust," as well as by a long article on Goethe and a generous selection of his wide-ranging commentary for Weimar Germany's newspapers. Part 2 contains, in addition to the important longer essays, "Franz Kafka," "Karl Kraus," and "The Author as Producer," the extended autobiographical meditation "A Berlin Chronicle," and extended discussions of the history of photography and the social situation of the French writer, previously untranslated shorter pieces on such subjects as language and memory, theological criticism and literary history, astrology and the newspaper, and on such influential figures as Paul Valery, Stefan George, Hitler, and Mickey Mouse.