Paying with Their Bodies 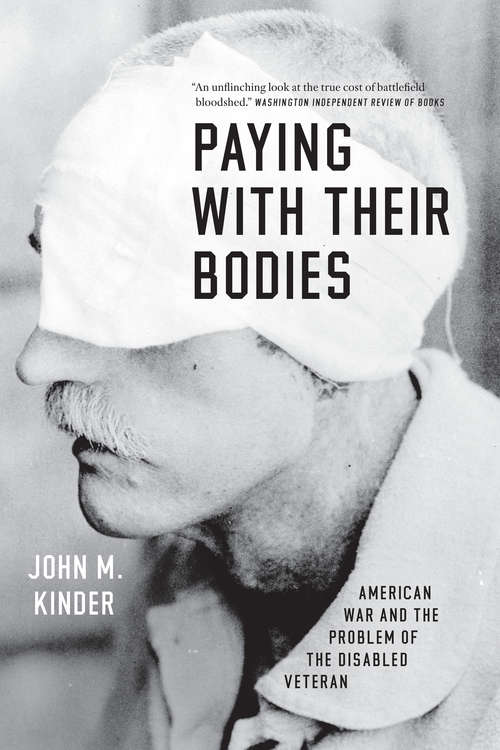 Christian Bagge, an Iraq War veteran, lost both his legs in a roadside bomb attack on his Humvee in 2006. Months after the accident, outfitted with sleek new prosthetic legs, he jogged alongside President Bush for a photo op at the White House. The photograph served many functions, one of them being to revive faith in an American martial ideal--that war could be fought without permanent casualties, and that innovative technology could easily repair war's damage. When Bagge was awarded his Purple Heart, however, military officials asked him to wear pants to the ceremony, saying that photos of the event should be "soft on the eyes. " Defiant, Bagge wore shorts. America has grappled with the questions posed by injured veterans since its founding, and with particular force since the early twentieth century: What are the nation's obligations to those who fight in its name? And when does war's legacy of disability outweigh the nation's interests at home and abroad? In Paying with Their Bodies, John M. Kinder traces the complicated, intertwined histories of war and disability in modern America. Focusing in particular on the decades surrounding World War I, he argues that disabled veterans have long been at the center of two competing visions of American war: one that highlights the relative safety of US military intervention overseas; the other indelibly associating American war with injury, mutilation, and suffering. Kinder brings disabled veterans to the center of the American war story and shows that when we do so, the history of American war over the last century begins to look very different. War can no longer be seen as a discrete experience, easily left behind; rather, its human legacies are felt for decades. The first book to examine the history of American warfare through the lens of its troubled legacy of injury and disability, Paying with Their Bodies will force us to think anew about war and its painful costs.