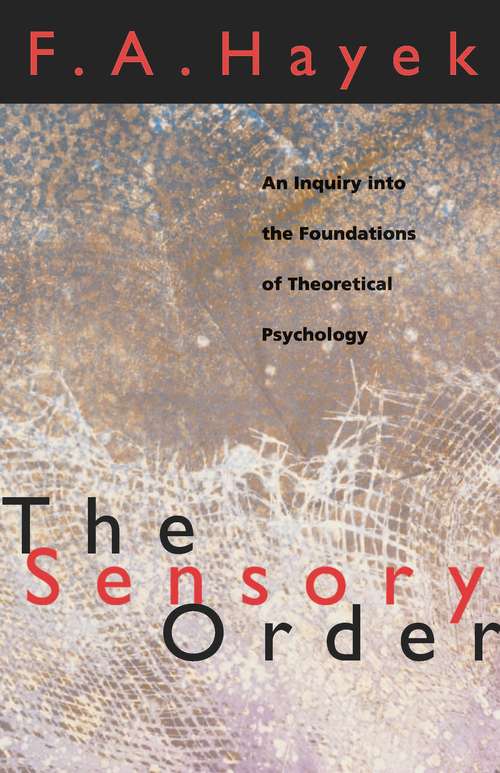 The Sensory Order, first published in 1952, sets forth F. A. Hayek's classic theory of mind in which he describes the mental mechanism that classifies perceptions that cannot be accounted for by physical laws. Hayek's substantial contribution to theoretical psychology has been addressed in the work of Thomas Szasz, Gerald Edelman, and Joaquin Fuster.

"A most encouraging example of a sustained attempt to bring together information, inference, and hypothesis in the several fields of biology, psychology, and philosophy."--Quarterly Review of Biology