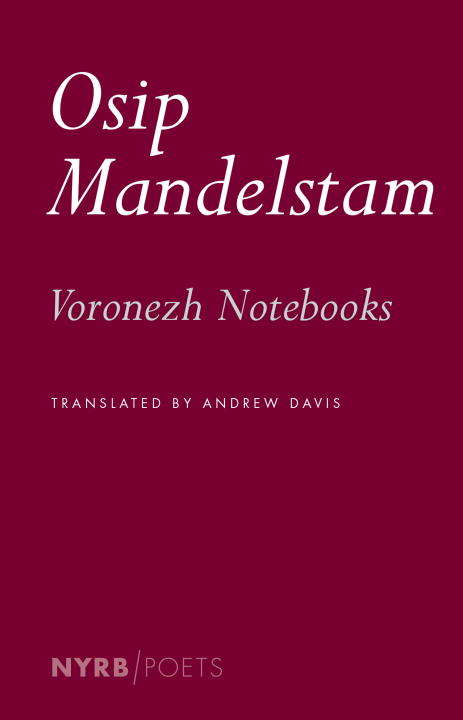 Osip Mandelstam is one of the greatest twentieth-century poets in any language, and his work, which sounds the depths of the Russian language, has presented a fertile and constant challenge to translators. Composed after Mandelstam's unexpected release from Stalin's prisons, Voronezh Notebooks covers two years of his life, from the spring of 1935, when in a state of physical and mental collapse he traveled south into exile with his wife, to May 1937, not long before the couple was allowed to return to Moscow (which was followed by Mandelstam's final arrest), and the poems constitute a single sequence and a kind of last testament. Meditating on death and survival, on the powers that be and the power of poetry, on marriage, friendship, and memory, challenging Stalin between lines that are full of the sights and sounds of the steppes, blue sky and black earth, the roads, winter breath, spring with its birds and flowers and bees, the notebooks are a continual improvisation and unapologetic affirmation of poetry as life. The extraordinary concentration, powerful imagery, and strange echoing music of Mandelstam's sequence come forth in English as never before in Andrew Davis's inspired new translation.