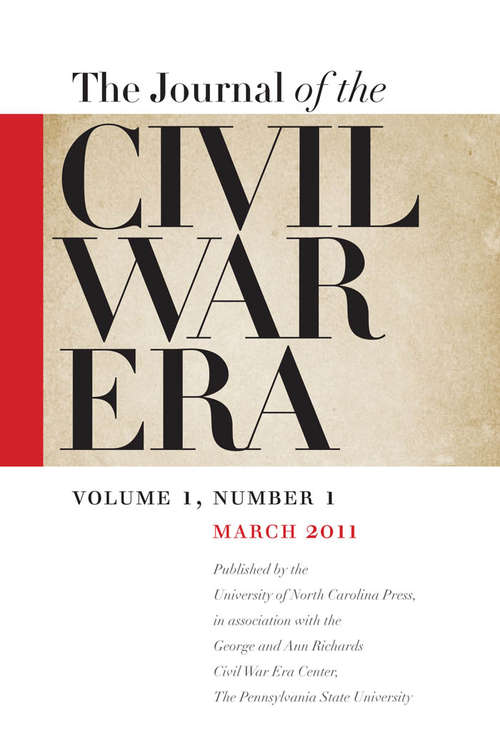 The journal takes advantage of the flowering of research on the many issues raised by the sectional crisis, war, Reconstruction, and memory of the conflict, while bringing fresh understanding to the struggles that defined the period, and by extension, the course of American history in the nineteenth century.

The Journal of the Civil War Era aims to create a space where scholars across the many subfields that animate nineteenth-century history can enter into conversation with each other.

Table of Contents for this issue, Volume One, Number One:

Welcome to the New Journal

Seeing Emancipation: Scale and Freedom in the American South

Forty Shirts and a Wagonload of Wheat:

Women, the Domestic Supply Line, and the Civil War

on the Western Border

The Civil War in a Global Perspective