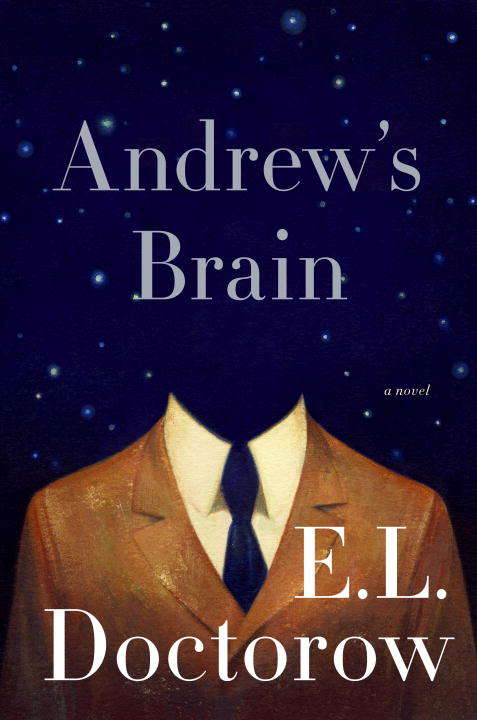 This brilliant new novel by an American master, the author of Ragtime, The Book of Daniel, Billy Bathgate, and The March, takes us on a radical trip into the mind of a man who, more than once in his life, has been the inadvertent agent of disaster. Speaking from an unknown place and to an unknown interlocutor, Andrew is thinking, Andrew is talking, Andrew is telling the story of his life, his loves, and the tragedies that have led him to this place and point in time. And as he confesses, peeling back the layers of his strange story, we are led to question what we know about truth and memory, brain and mind, personality and fate, about one another and ourselves. Written with psychological depth and great lyrical precision, this suspenseful and groundbreaking novel delivers a voice for our times--funny, probing, skeptical, mischievous, profound. Andrew's Brain is a surprising turn and a singular achievement in the canon of a writer whose prose has the power to create its own landscape, and whose great topic, in the words of Don DeLillo, is "the reach of American possibility, in which plain lives take on the cadences of history."Praise for Andrew's Brain "Andrew's Brain is cunning. . . . [A] sly book . . . This babbling Andrew is a casualty of his times, binding his wounds with thick wrappings of words, ideas, bits of story, whatever his spinning mind can unspool for him. . . . One of the things that makes [Andrew] such a terrific comic creation is that he's both maddeningly self-delusive and scarily self-aware: He's a fool, but he's no innocent. . . . Andrew may not be able to enjoy his brain, but Doctorow, freely choosing to inhabit this character's whirligig consciousness, can."--The New York Times Book Review "[An] evocative, suspenseful novel about the deceptive nature of human consciousness."--More "In stunning command of every aspect of this taut, unnerving, riddling tale, virtuoso Doctorow confronts the persistent mysteries of the mind--trauma and memory, denial and culpability--as he brings us back to one deeply scarring time of shock and lies, war and crime. Writing in concert with Twain, Poe, and Kafka, Doctorow distills his mastery of language, droll humor, well-primed imagination, and political outrage into an exquisitely disturbing, morally complex, tragic, yet darkly funny novel of the collective American unconscious and human nature in all its perplexing contrariness. Word will travel quickly about this intense and provocative novel by best-selling literary giant Doctorow."--Booklist (starred review) "Through this dialectic narrative, Doctorow connects to the common theme seen throughout his work: one's history is often a battle between memory and self-struggle to maintain an image of morality and adequacy. Doctorow deftly captures the complex but beautiful vagaries of life in clean, simple language."--Library Journal (starred review)From the Hardcover edition.