Thinking in the Dark 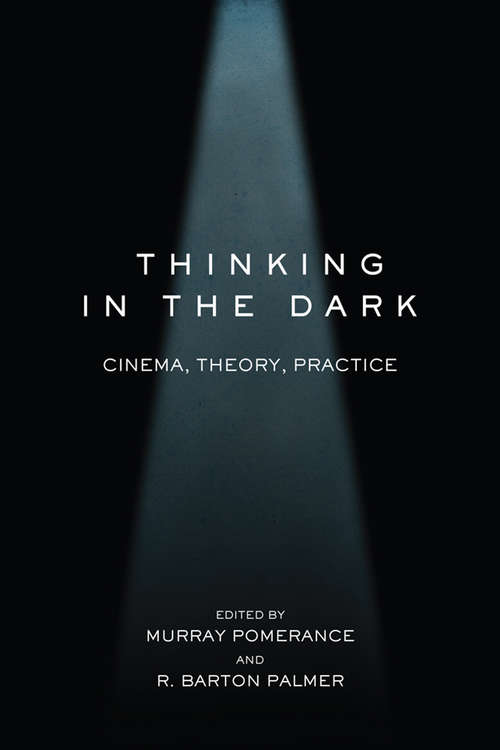 Today's film scholars draw from a dizzying range of theoretical perspectives--they're just as likely to cite philosopher Gilles Deleuze as they are to quote classic film theorist André Bazin. To students first encountering them, these theoretical lenses for viewing film can seem exhilarating, but also overwhelming. Thinking in the Dark introduces readers to twenty-one key theorists whose work has made a great impact on film scholarship today, including Rudolf Arnheim, Sergei Eisenstein, Michel Foucault, Siegfried Kracauer, and Judith Butler. Rather than just discussing each theorist's ideas in the abstract, the book shows how those concepts might be applied when interpreting specific films by including an analysis of both a classic film and a contemporary one. It thus demonstrates how theory can help us better appreciate films from all eras and genres: from Hugo to Vertigo, from City Lights to Sunset Blvd., and from Young Mr. Lincoln to A.I. and Wall-E. The volume's contributors are all experts on their chosen theorist's work and, furthermore, are skilled at explaining that thinker's key ideas and terms to readers who are not yet familiar with them. Thinking in the Dark is not only a valuable resource for teachers and students of film, it's also a fun read, one that teaches us all how to view familiar films through new eyes. Theorists examined in this volume are: Rudolf Arnheim, Béla Balázs, Roland Barthes, André Bazin, Walter Benjamin, Judith Butler, Stanley Cavell, Michel Chion, Gilles Deleuze, Jean Douchet, Sergei Eisenstein, Jean Epstein, Michel Foucault, Siegfried Kracauer, Jacques Lacan, Vachel Lindsay, Christian Metz, Hugo Münsterberg, V. F. Perkins, Jacques Rancière, and Jean Rouch.