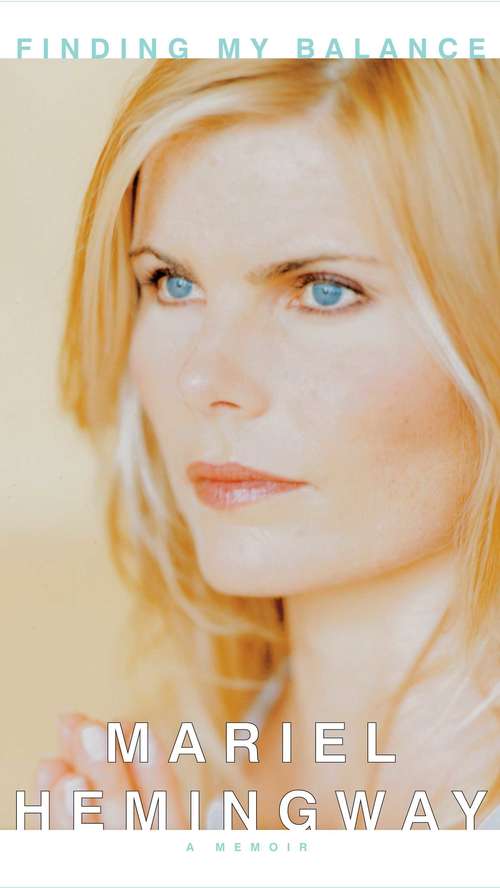 Actress Mariel Hemingway uses the lessons and practices of yoga as a starting point for her own personal reflections and a larger-than-life family story. The result is a searingly honest memoir that is firmly practical, as well as a moving narrative of the author's struggle to deal with a complex and often stressful life. Mariel was the third daughter born to Jack Hemingway, Ernest Hemingway's son, and Byra Whittlesey. Her older sister, Muffet, suffered for years from instability, while middle sister Margaux, a celebrated actress and model who was caught up in the fast lane, eventually died of the effects of her driven lifestyle. Their mother, Byra, was darkly moody and emotionally quixotic, and made no secret of her disdain for her husband, while Jack, himself insecure in no small part because of his celebrated father, a man he never really felt he knew, was an indifferent parent at best. Even before she was a teenager, Mariel was forced to assume the role of stable center of her family. In just about every way, she never really had a childhood of her own, a situation that was exacerbated by her sudden thrust into celebrity when she was first cast in sister Margaux's film Lipstick, then in Woody Allen's Manhattan. Suddenly, Mariel was a movie star. Always an athletic person, Mariel turned to yoga and its meditative practice in an effort to maintain her center while much of her life threatened to spin out of control. As the title of this remarkable memoir suggests, much of her adult life has been directed toward finding and maintaining her balance in situations that have been heartbreakingly unsettling and emotionally disorienting. Throughout the book, Mariel uses her yoga training as a starting point for each chapter, carefully describing a particular position, then letting her mind wander into thoughts of the past and her rocky life. As each chapter begins with instruction, so does the book end in the same way, the exercises this time organized in a sequence that can be followed by anyone who wants to practice them. Included are photos of Mariel as she performs the various moves. Living the life now of wife and mother to two teenaged daughters while still pursuing a career in film, Mariel Hemingway has weathered some of the worst storms that life can bring. Certainly she has found her balance. And in this deeply inspiring, thoroughly fascinating memoir, she shares for the first time the story of that journey.