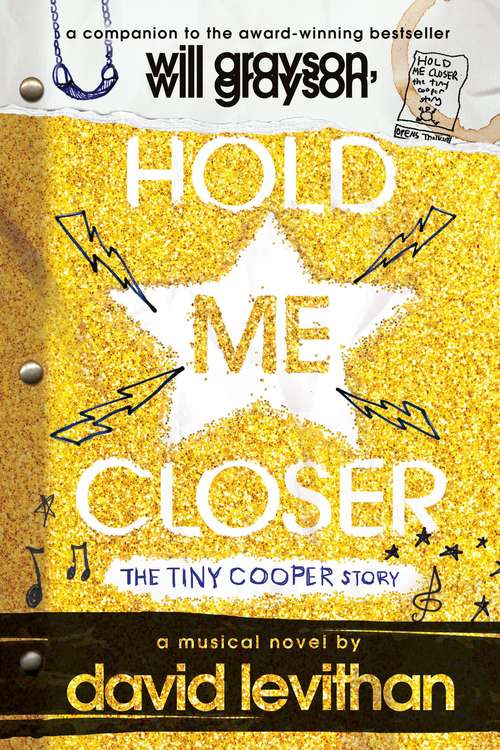 TIME Magazine’s Top Ten Children’s Books of 2015"Tiny Cooper stole our hearts." —Entertainment Weekly Especially for those of us who ordinarily feel ignored, a spotlight is a circle of magic, with the strength to draw us from the darkness of our everyday lives. Watch out, ex-boyfriends, and get out of the way, homophobic coaches. Tiny Cooper has something to say—and he’s going to say it in song.Filled with honesty, humor, and “big, lively, belty” musical numbers, Hold Me Closer is the no-holds-barred (and many-bars-held) entirety of the beloved musical first introduced in Will Grayson, Will Grayson, the award-winning bestseller by John Green and David Levithan. Tiny Cooper is finally taking center stage . . . and the world will never be the same again.“Tiny will have readers falling out of their chairs laughing. . . . It's big. It's gay. It's outrageous and hilarious.” —Kirkus Reviews ★"Levithan has turned in another star turn with a book that is witty, wise, and well worthy of an encore." —Booklist, starred review★"Tiny’s passion for composing a big, beautiful life and a big, beautiful show overflows in thisthoroughly magical book.” —BCCB, starred review ★"Tiny Cooper . . . gets his own star turn." —Publishers Weekly, starred reviewFrom the Hardcover edition.