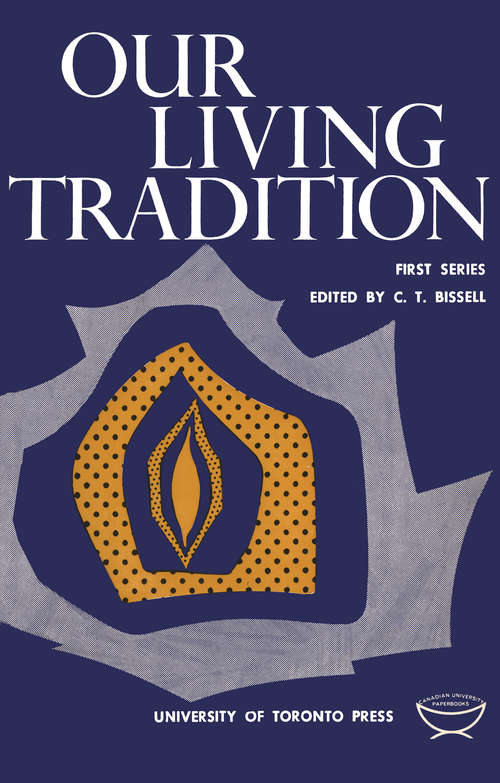 In this book, seven distinguished scholars and writers discuss seven leading figures in the history of Canadian letters and public affairs. Frank H. Underhill, historian, describes the tragic career of Edward Blake, one of the ablest men who ever entered Canadian politics. D.G. Creighton, author of the definitive biography of Sir John A. Macdonald, writes of this politician whose solid achievements mock the facile depreciations of his character current during his lifetime and after. Mason Wade, author of The French-Canadians, describes the career of Sir Wilfrid Laurier, who pledged as a law student, "I will give the whole of my life to the cause of conciliation, harmony, and concord among the different elements of his country of ours."Robertson Davies, playwright, author, and critic, writes with penetration and sympathy of Stephen Leacock, the humorist; Munro Beattie, professor of English, of Archibald Lampman's poetry, particularly as related to Ottawa, the city in which he lived and wrote; Wilfrid Eggleston, journalist and poet, of Frederick Philip Grove, "the first serious exponent of realism in our fiction." Malcolm Ross, professor of English, editor, and critic tells of Goldwin Smith, that complex and contradictory figure---the architect of "Canada First," who yet "had no sense whatever of the national feeling of born Canadians."