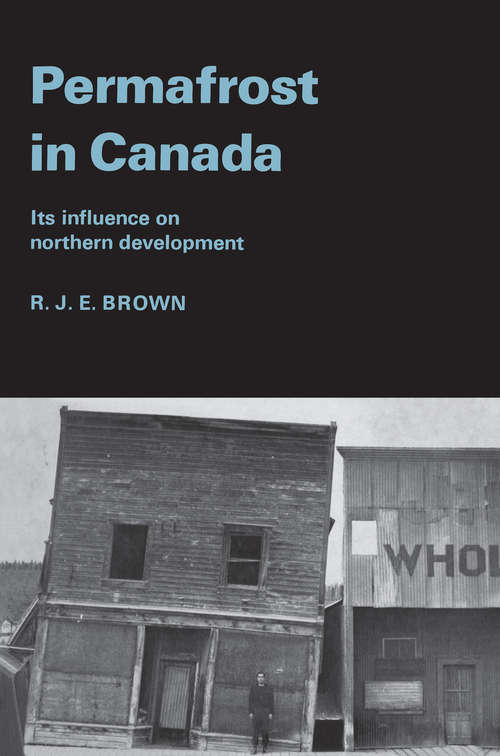 Permafrost is the thermal condition of the earth's crust when

its temperature has been below 32°F continuously for a number of years. Half of

Canada's land surface lies in the permafrost region--either in the

continuous zone where the ground is frozen to a depth of hundreds of feet, or in the

discontinuous zone where permafrost is thinner, and there are areas of unfrozen

ground.The existence of permafrost causes problems for the development of the

northern regions of all countries extending into the Arctic. Mining operations are

hindered by frozen ore which resists blasting and is difficult to thaw. Agriculture

affected by the low temperatures. Ice layers give soil a rock-like structure with

high strength. However heat transmitted by buildings often causes the ice to melt,

and the resulting slurry is unable to support the structure. Many settlements in

northern Canada have examples of structural damage or failure caused by permafrost.

In the construction and maintenance of railways, buildings, water and sewage lines,

dams, roads, bridges, and airfields, normal techniques must often be modified at

additional cost because of permafrost.For the last twenty-five years

scientific investigations and engineering projects have increased steadily in

Canada's permafrost region, and it is now technically possible to build any

definition, and occurrence, and the effect it has on industry and