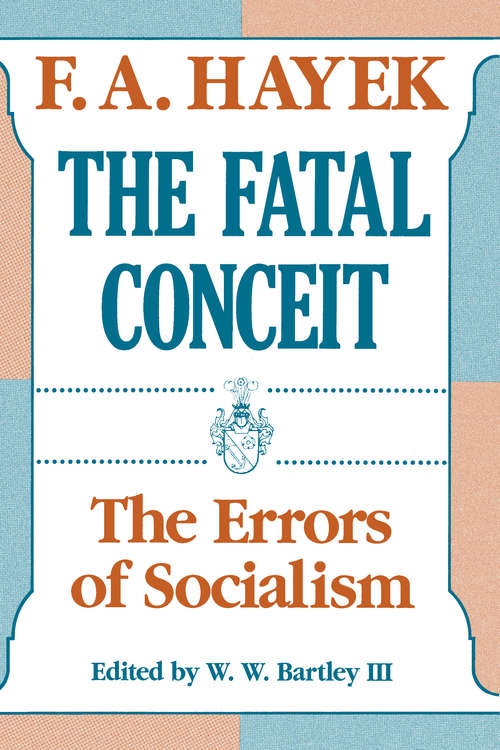 Hayek gives the main arguments for the free-market case and presents his manifesto on the "errors of socialism." Hayek argues that socialism has, from its origins, been mistaken on factual, and even on logical, grounds and that its repeated failures in the many different practical applications of socialist ideas that this century has witnessed were the direct outcome of these errors. He labels as the "fatal conceit" the idea that "man is able to shape the world around him according to his wishes."

"The achievement of The Fatal Conceit is that it freshly shows why socialism must be refuted rather than merely dismissed--then refutes it again."--David R. Henderson, Fortune.

"Fascinating. . . . The energy and precision with which Mr. Hayek sweeps away his opposition is impressive."--Edward H. Crane, Wall Street Journal

F. A. Hayek is considered a pioneer in monetary theory, the preeminent proponent of the libertarian philosophy, and the ideological mentor of the Reagan and Thatcher "revolutions."