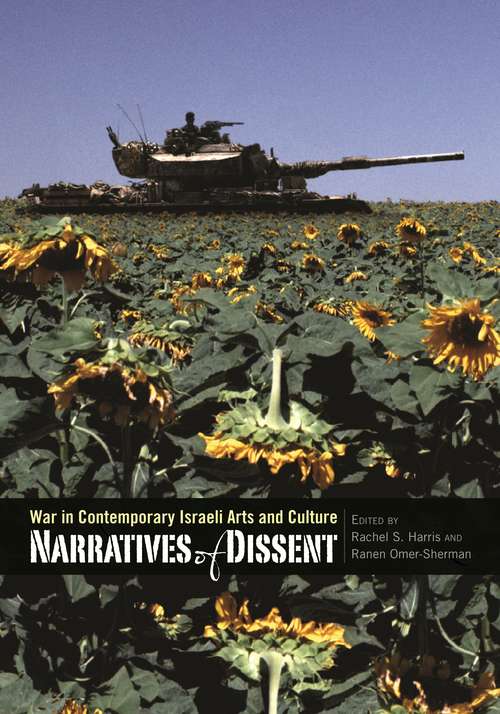 The year 1978 marked Israel's entry into Lebanon, which led to the long-term military occupation of non-sovereign territory and the long, costly war in Lebanon. In the years that followed, many Israelis found themselves alienated from the idea that their country used force only when there was no alternative, and Israeli society eventually underwent a dramatic change in attitude toward militarization and the infallibility of the IDF (Israel Defense Forces). In Narratives of Dissent: War in Contemporary Israeli Arts and Culture editors Rachel S. Harris and Ranen Omer-Sherman collect nineteen essays that examine the impact of this cultural shift on Israeli visual art, music, literature, poetry, film, theatre, public broadcasting, and commemoration practices after 1978.

Divided into three thematic sections-Private and Public Spaces of Commemoration and Mourning, Poetry and Prose, and Cinema and Stage-this collection presents an exciting diversity of experiences, cultural interests, and disciplinary perspectives. From the earliest wartime writings of S. Yizhar to the global phenomenon of films such as Beaufort, Waltz with Bashir, and Lebanon, the Israeli artist's imaginative and critical engagement with war and occupation has been informed by the catalysts of mourning, pain, and loss, often accompanied by a biting sense of irony. This book highlights many of the aesthetic narratives that have wielded the most profound impact on Israeli culture in the present day.

These works address both incremental and radical changes in individual and collective consciousness that have spread through Israeli culture in response to the persistent affliction of war. No other such volume exists in Hebrew or English. Students and teachers of Israeli studies will appreciate Narratives of Dissent.