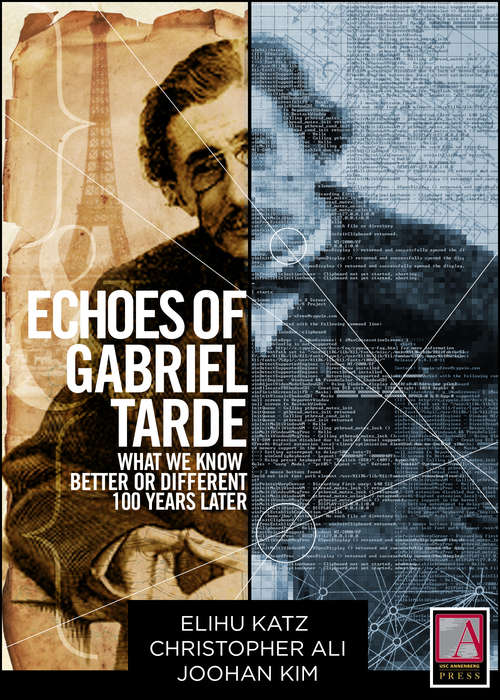 Originally published in 1898, Gabriel Tarde's essay "Opinion and Conversation" can be read as a series of propositions about the interaction of press, conversation, opinion and action, anticipating today's "deliberative democracy." Exploring these themes in a hyper-text "dialogue" with Tarde, Elihu Katz, Christopher Ali, and Joohan Kim ask what we know better or different 100 years later in this book. The aim is not only to reawaken attention to Tarde's text, but to assess the progress of communications research in its light. The e-book's format makes it possible to access the essay as a series of propositions, foreshadowing contemporary concerns with issues such as agenda setting, public opinion formation, the diffusion of innovation, the two-step flow of communication, the role of the press in nation-building, new media technologies, the normative role of media in a democracy, media events, and the like. The e-book includes an analytic Introduction, a biographical postscript and the first full English translation of Tarde's essay. Long overlooked, "Opinion and Conversation" deserves to be canonized as foundational for theories that link mass and interpersonal communication, especially in the age of social media. Authors are Elihu Katz, Distinguished Trustee Professor of the Annenberg School for Communication at the University of Pennsylvania, Christopher Ali, Assistant Professor of Communication at the University of Virginia, and Joohan Kim, Professor of Communication at Yonsei University in South Korea. Louise Salmon of the Sorbonne (Paris 1) contributed the biographical note.