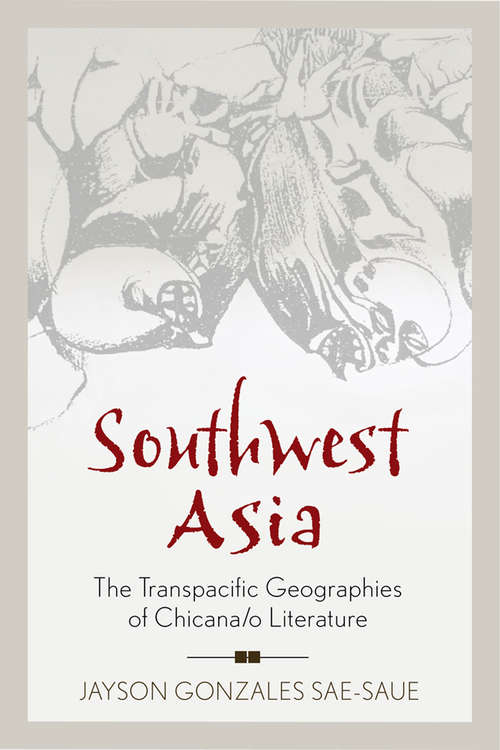 Chicana/o literature is justly acclaimed for the ways it voices opposition to the dominant Anglo culture, speaking for communities ignored by mainstream American media. Yet the world depicted in these texts is not solely inhabited by Anglos and Chicanos; as this groundbreaking new book shows, Asian characters are cast in peripheral but nonetheless pivotal roles. Southwest Asia investigates why key Chicana/o writers, including Américo Paredes, Rolando Hinojosa, Oscar Acosta, Miguel Méndez, and Virginia Grise, from the 1950s to the present day, have persistently referenced Asian people and places in the course of articulating their political ideas. Jayson Gonzales Sae-Saue takes our conception of Chicana/o literature as a transnational movement in a new direction, showing that it is not only interested in North-South migrations within the Americas, but is also deeply engaged with East-West interactions across the Pacific. He also raises serious concerns about how these texts invariably marginalize their Asian characters, suggesting that darker legacies of imperialism and exclusion might lurk beneath their utopian visions of a Chicana/o nation. Southwest Asia provides a fresh take on the Chicana/o literary canon, analyzing how these writers have depicted everything from interracial romances to the wars Americans fought in Japan, Korea, and Vietnam. As it examines novels, plays, poems, and short stories, the book makes a compelling case that Chicana/o writers have long been at the forefront of theorizing U.S.-Asian relations.