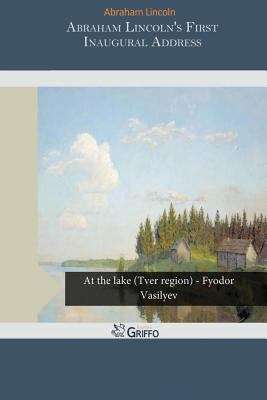 It must have been a tense day as the newly elected President Lincoln stood to declare his first inaugural address. As Lincoln looked over the crowed in what was southern Washington D.C. he must have seen the tension, palpable and thick in the air. The controversy over this Northern elected president sparked the civil war, the very thing he tried to prevent in his address.

"[. . . ] That there are persons in one section or another who seek to destroy the Union at all events, and are glad of any pretext to do it, I will neither affirm nor deny; but if there be such, I need address no word to them. To those, however, who really love the Union may I not speak? Before entering upon so grave a matter as the destruction of our national fabric, with all its benefits, its memories, and its hopes, would it not be wise to ascertain precisely why we do it? Will you hazard so desperate a step while there is any possibility that any portion of the ills you fly from have no real existence? Will you, while the certain ills you fly to are greater than all the real ones you fly from-will you risk the commission of so fearful a mistake? All profess to be content in the Union if all Constitutional rights can be maintained. Is it true, then, that any right, plainly written in the Constitution, has been denied? I think not. Happily the human mind is so constituted that no party can reach to the audacity of doing this. Think, if you can, of a single instance in which a plainly written provision of the Constitution has ever been denied. If by the mere force of numbers a majority should deprive a minority of any clearly written Constitutional right, it might, in a moral point of view, justify revolution-certainly would if such a right were a vital one. But such is not our[. . . ]".