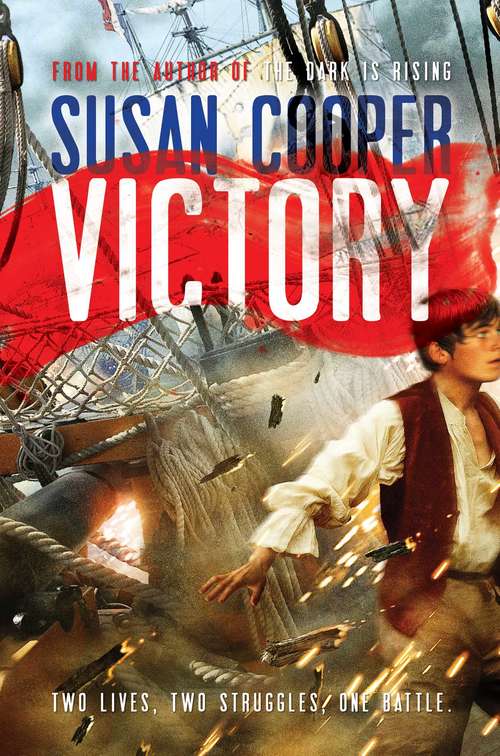 Two Children, Two Struggles, One Battle... One child is Sam Robbins, a powder monkey aboard HMS Victory, the ship in which Vice-Admiral Lord Nelson will die a hero's death at the Battle of Trafalgar in 1805. The other is Molly Jennings, an English girl transplanted from London to the United States in 2006, fighting a battle of her own against loss and loneliness. Two different lives, two centuries apart, are linked by a tiny scrap of fraying cloth that's tucked into an old book. It draws Molly into Sam's world, to a moment in time that changed history -- a frightening shared moment that holds the key both to secrets from the past and hope for the future.

This extraordinary time-shifting adventure tells the interwoven stories of Sam and Molly, linked by a mystery. Sam is a farm boy, kidnapped at eleven years old by the "press gang" to serve in the Royal Navy. At first terrified and seasick, Sam is transformed gradually into a sailor. In the rowdy, dangerous world of a hundred-gun warship enduring the Napoleonic Wars, he meets both cruelty and kindness, and survives a fearsome battle whose echoes reach through the years to involve Molly as well. Like Sam, Molly has lost her childhood but will find her future, with help from a very unexpected source.

Separate yet together, Sam Robbins and Molly Jennings struggle through fear and excitement to a final ordeal that terrifyingly tests their courage. And the moving climax of the book shows two lives joined forever by the touch of Nelson, one of the greatest sailors of all time.