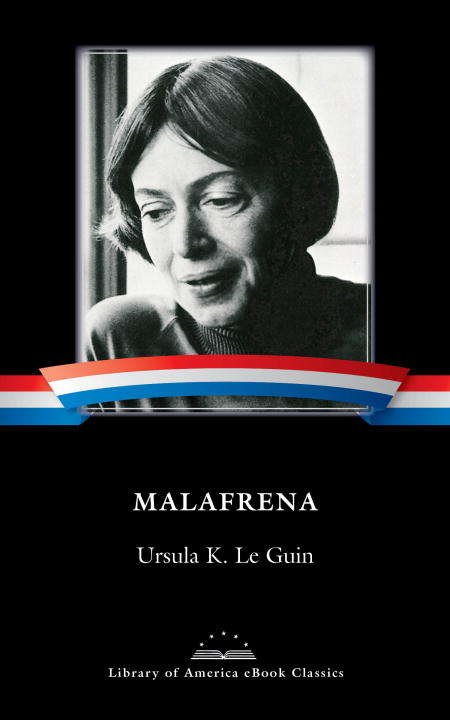 in a career spanning half a century, Ursula K. Le Guin has produced a body of work that testifies to her abiding faith in the power and art of words. She is perhaps best known for imagining future intergalactic worlds in brilliant books that challenge our ideas of what is natural and inevitable in human relations--and that celebrate courage, endurance, risk-taking, and above all, freedom in the face of the psychological and social forces that lead to authoritarianism and fanaticism. it is less well known that she first developed these themes in richly imagined historical fiction, including the brilliant early novel Malafrena.An epic meditation on the meaning of hope and freedom, love and duty, Malafrena takes place from 1825 to 1830 in the imaginary East European country of Orsinia, then a part of the Austrian Empire, a nation which, like its near neighbors Czechoslovakia, Poland, and Romania, has a long and vivid history of oppression, art, and revolution. itale Sorde, the idealistic heir to Val Malafrena, an estate in the rural western provinces of Orsinia, leaves home against his father's wishes to work as a journalist in the cosmopolitan capital city of Krasnoy, where he plays an integral part in the revolutionary politics that are roiling Europe.Complete with a newly researched chronology of Le Guin's life and career.