Monstrous Crimes and the Failure of Forensic Psychiatry 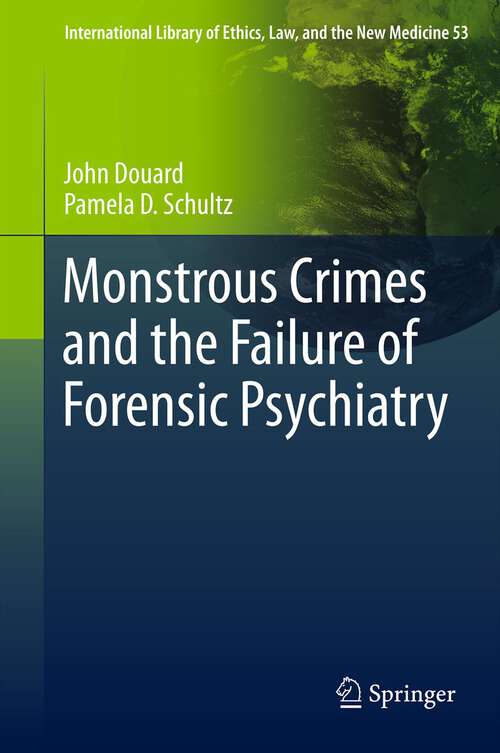 The metaphor of the monster or predator--usually a sexual predator, drug dealer in areas frequented by children, or psychopathic murderer--is a powerful framing device in public discourse about how the criminal justice system should respond to serious violent crimes. The cultural history of the monster reveals significant features of the metaphor that raise questions about the extent to which justice can be achieved in both the punishment of what are regarded as "monstrous crimes" and the treatment of those who commit such crimes.

This book is the first to address the connections between the history of the monster metaphor, the 19th century idea of the criminal as monster, and the 20th century conception of the psychopath: the new monster. The book addresses, in particular, the ways in which the metaphor is used to scapegoat certain categories of crimes and criminals for anxieties about our own potential for deviant, and, indeed, dangerous interests. These interests have long been found to be associated with the fascination people have for monsters in most cultures, including the West.

The book outlines an alternative public health approach to sex offending, and crime in general, that can incorporate what we know about illness prevention while protecting the rights, and humanity, of offenders.

The book concludes with an analysis of the role of forensic psychiatrists and psychologists in representing criminal defendants as psychopaths, or persons with certain personality disorders. As psychiatry and psychology have transformed bad behavior into mad behavior, these institutions have taken on the legal role of helping to sort out the most dangerous among us for preventive "treatment" rather than carceral "punishment."