The Welfare State in Post-Industrial Society 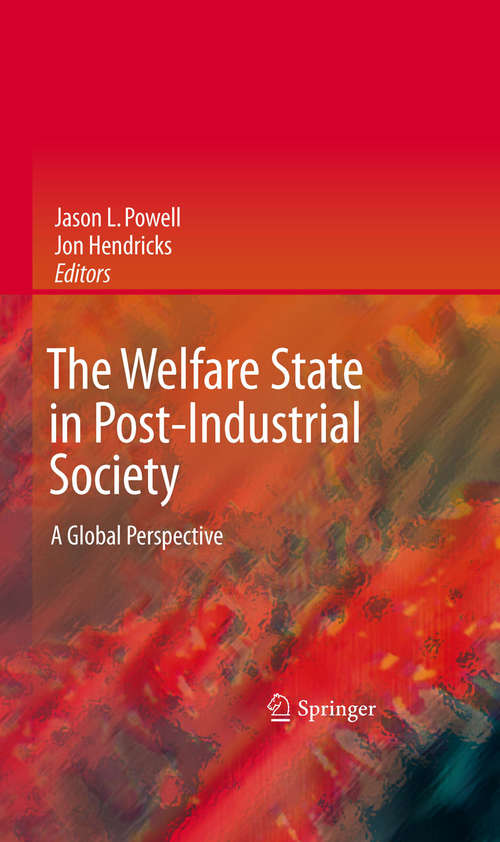 In recent years, major social forces such as: ageing populations, social trends, migration patterns, and the globalization of economies, have reshaped social welfare policies and practices across the globe. Multinational corporations, NGOs, and other international organizations have begun to influence social policy at a national and local level. Among the many ramifications of these changes is that globalizing influences may hinder the ability of individual nation-states to effect policies that are beneficial to them on a local level. With contributions from thirteen countries worldwide, this collected work represents the first major comparative analysis on the effect of globalization on the international welfare state.

The Welfare State in Post-Industrial Society is divided into two major sections: the first draws from a number of leading social welfare researchers from diverse countries who point to the nation-state as case studies; highlighting how it goes about establishing and revising social welfare provisions. The second portion of the volume then moves to a more global perspective in its analysis and questioning of the impact of globalization on citizenship, ageing and marketization.

The Welfare State in Post-Industrial Society seeks to encourage debate about the implications of the most pressing social welfare issues in nation-states, and integrate analyses of policy and practice in particular countries struggling to provide social welfare support for their needy populations.