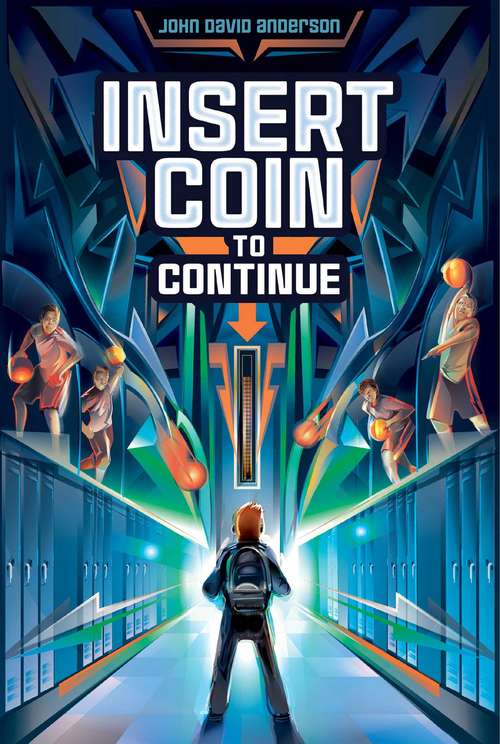 Bryan Biggins wakes up to find that his life has become a video game in this funny, honest coming-of-age novel from the author of Ms. Bixby's Last Day, Sidekicked, and Minion.Meet Bryan Biggins. Most of the time he's a freckle-faced boy, small for his age, who attends a school known for its unwritten uniform of North Face jackets and Hollister jeans.

The rest of the time he is Kieran Nightstalker, the level-fifty dark-elf hero of his favorite video game, Sovereign of Darkness. Until one day Bryan wakes up to find out his life has become a video game. Sort of. Except instead of fighting dragons or blasting bad guys, he's still doing geometry and getting picked last for dodgeball. It's still middle school. Only now there's much more at stake. Stealing the Twinkie from underneath the noses of those dieting teachers isn't enough to earn him another life. And battling the creature that escaped from the science lab doesn't seem to cut it either.

And who knew Romeo and Juliet would turn into a zombie bloodbath?! All the while he's losing hit points and gaining levels, and facing the truth that GAME OVER might flash before his eyes at any minute. It all seems to be building to something...something that has been haunting Bryan since way before his life turned into an X-Box nightmare, a challenge that only he can face. Will Bryan find a way to beat the game before it's too late?