Imagination of Science in Education 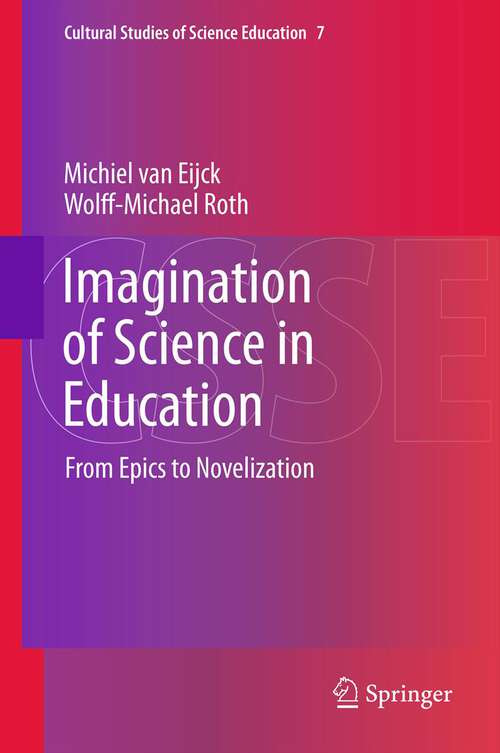 Researchers agree that schools construct a particular image of science, in which some characteristics are featured while others end up in oblivion. The result is that although most children are likely to be familiar with images of heroic scientists such as Einstein and Darwin, they rarely learn about the messy, day-to-day practice of science in which scientists are ordinary humans. Surprisingly, the process by which this imagination of science in education occurs has rarely been theorized. This is all the more remarkable since great thinkers tend to agree that the formation of images -- imagination -- is at the root of how human beings modify their material world. Hence this process in school science is fundamental to the way in which scientists, being the successful agents in/of science education, actually create their own scientific enterprise once they take up their professional life.

To better understand how to reach this aim, the authors offer a detailed look at novelization, which is a continuous renewal of narratives that derives from dialogical interaction. The book brings together two hitherto separate fields of research in science education: psychologically informed research on students' images of science and semiotically informed research on images of science in textbooks. Drawing on a series of studies in which children participate in the imagination of science in and out of the classroom, the authors show how the process of novelization actually occurs in the practice of education and outline the various images of science this process ultimately yields.