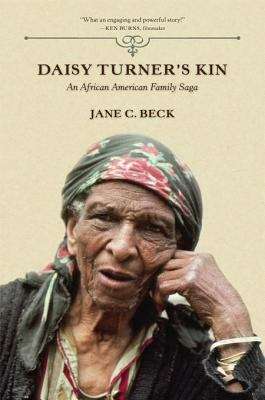 A daughter of freed African American slaves, Daisy Turner became a living repository of history. The family narrative entrusted to her--"a well-polished artifact, an heirloom that had been carefully preserved"--began among the Yoruba in West Africa and continued with her own century and more of life.

In 1983, folklorist Jane Beck began a series of interviews with Turner, then one hundred years old and still relating four generations of oral history. Beck uses Turner's storytelling to build the Turner family saga, using at its foundation the oft-repeated touchstone stories at the heart of their experiences: the abduction into slavery of Turner's African ancestors; Daisy's father Alec Turner learning to read; his return as a soldier to his former plantation to kill his former overseer; and Daisy's childhood stand against racism. Other stories re-create enslavement and her father's life in Vermont--in short, the range of life events large and small, transmitted by means so alive as to include voice inflections. Beck, at the same time, weaves in historical research and offers a folklorist's perspective on oral history and the hazards--and uses--of memory.

Publication of this book is supported by grants from the Andrew W. Mellon Foundation and the L. J. and Mary C. Skaggs Folklore Fund.