Opportunities and Challenges for Applied Demography in the 21st Century 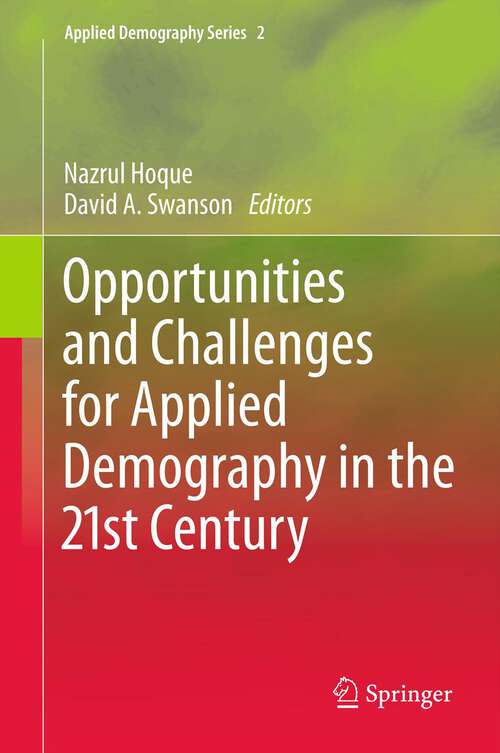 By: David A. Swanson • Nazrul Hoque
Login
Sign Up

Opportunities and Challenges for Applied Demography in the 21st Century presents a score of selected papers from the second post-2000 national conference on Applied Demography, held in San Antonio, Texas, in January, 2010, under the sponsorship of the Institute for Demographic and Socioeconomic Research at The University of Texas at San Antonio.

Coverage includes the assembly of data by government agencies, with a focus on issues facing the United States; demographic issues associated with globalization; business demography and health demography, as well as a section examining methodological advances in the areas of estimation and projection.