The Spectacle of Skill 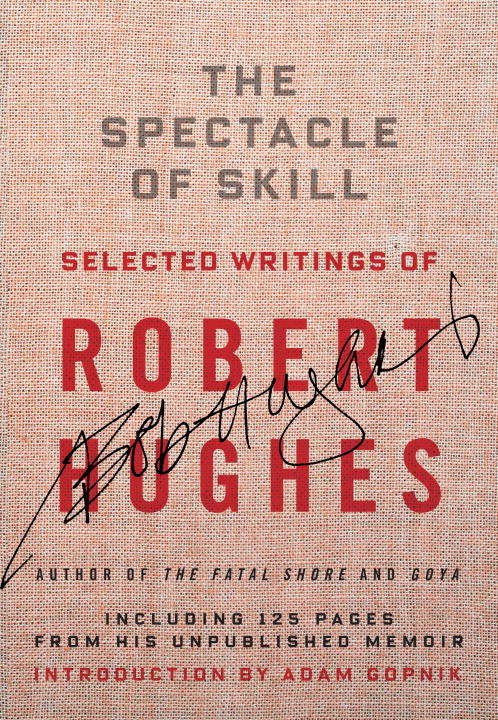 "I am completely an elitist, in the cultural but emphatically not the social sense. I prefer the good to the bad, the articulate to the mumbling, the aesthetically developed to the merely primitive, and full to partial consciousness. I love the spectacle of skill, whether it's an expert gardener at work, or a good carpenter chopping dovetails . . . I don't think stupid or ill-read people are as good to be with as wise and fully literate ones. I would rather watch a great tennis player than a mediocre one . . . Consequently, most of the human race doesn't matter much to me, outside the normal and necessary frame of courtesy and the obligation to respect human rights. I see no reason to squirm around apologizing for this. I am, after all, a cultural critic, and my main job is to distinguish the good from the second-rate." Robert Hughes wrote with brutal honesty about art, architecture, culture, religion, and himself. He translated his passions--of which there were many, both positive and negative--brilliantly, convincingly, and with vitality and immediacy, always holding himself to the same rigorous standards of skill, authenticity, and significance that he did his subjects. There never was, and never will be again, a voice like this. In this volume, that voice rings clear through a gathering of some of his most unforgettable writings, culled from nine of his most widely read and important books. This selection shows his enormous range and gives us a uniquely cohesive view of both the critic and the man. Most revealing, and most thrilling for Hughes's legions of fans, are the never-before-published pages from his unfinished second volume of memoirs. These last writings show Robert Hughes at the height of his powers and can be read only with pleasure and a tinge of sadness that his extraordinary voice is no longer here to educate us as well as to clarify and define our world.From the Hardcover edition.