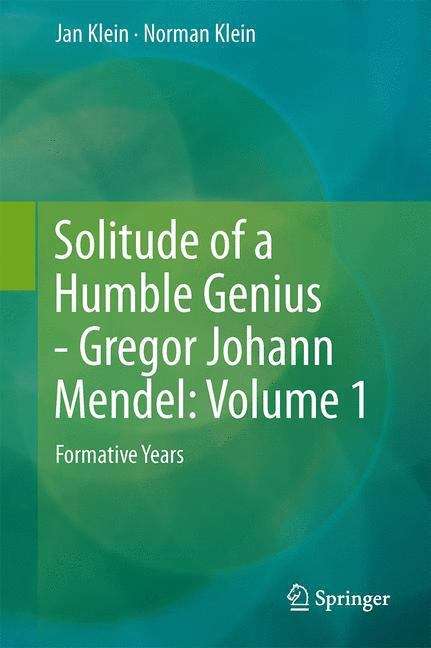 Gregor Johann Mendel continues to fascinate the general public as well as scholars, the former for his life and the latter for his achievements. Solitude of a Humble Genius is a two-volume biography presenting Mendel in the context of the history of biology and philosophy, and in the context of the setting in which he lived and worked. In this first volume the authors set the stage for a new interpretation of Mendel's achievements and personality. The period of Mendel's life covered by this volume is critical to understanding why he saw what other biologists, including Charles Darwin, for example, didn't. In searching for clues to Mendel's thinking, the authors discuss at length the origin of his genes; the history of the region of his birth; they also spend a day and then the four seasons of the year with his family; and finally they examine the schooling he received, as well as the cultural and political influences he was exposed to.

An indispensible part of the work is Norman Klein's artwork. In this first volume alone, it comprises nearly 80 original drawings and includes cartoons that enliven the narration, scenes from Mendel's life, portraits, and plans and drawings of the cities and buildings in which he lived, studied, and worked.