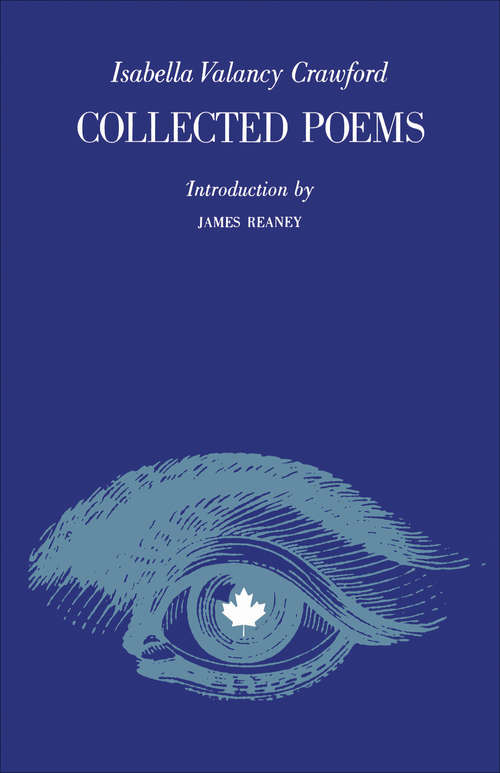 This volume established Isabella Valancy Crawford as one of Canada's

principal poets. Coupled with an introductory collage of viewpoints and reactions to her

country.Although her poetry reflects the patterns of her time, Isabella Valancy

Crawford was able to accept the raw and vigorous Canadian landscape on its own terms. She

was the first of our poets for whom it became the setting for struggle, passion, love,

and death. She celebrated the young land with an imagery enriched by allusions to North

American Indian lore reflected in such lines as these:From his far wigwam sprang

the strong North Wind And rushed with war-cry down the steep ravine,

And wrestled with the giants of the woods; And with his ice-club beat the swelling

crests Of the deep water courses into death.'These verses bear the stamp

of genius and show a true poetic instinct,' said a critic in The Canadian Magazine in

1895. The poetry of Isabella Valancy Crawford forms a vital part of the body of Canadian