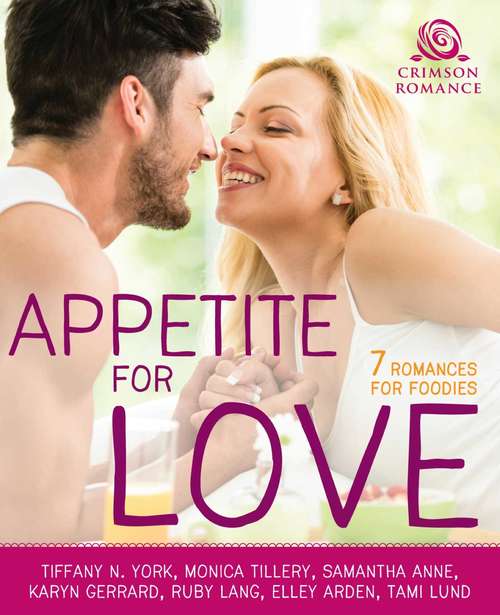 Candlelight dinners and sweet treats are the ingredients for love. These seven couples offer more than just a taste of romance to whet your appetite. It's a full plate of fun, a few food fights, and a satisfying menu to fill your cravings for passion.The Meatball Mistress: Ryan Garridy is a diehard commitment phobe, struggling to keep his Italian restaurant afloat. The last thing he needs is to hire Cara Manzoni, a woman who skipped out on paying for her meal. Unless, that is, this secretive stunner can save more than just his livelihood.A Sweet Deal: Richard Morgan's father will sell the family business to a rival candy company unless Richard marries to secure the business he loves. This deal is the only thing standing between mergers and acquisitions rep Yvette Cruz and the promotion she desperately wants. Will a growing attraction between them be enough to sweeten even this corporate rivalry?Company Ink: Violet Young fought hard to land her position with Wynne's Kitchen, New York City's world-renowned bakery at Rockefeller Center. Unfortunately, she's asked to train her new boss, sexy Ben Preston, who could cost her the next promotion she needs. Will Ben and Violet turn up the heat, or do their careers take the cake?His Wicked Celtic Kiss: It took just one teasing wink and a sexy Irish lilt from bad boy Lorcan Byrne to turn Julie Denison's world upside down faster than she could ice a cake in her bakery. The problem is, he's only in town for six months, and happily ever after isn't in this world traveler's vocabulary...unless Julie can help him learn a new language.Acute Reactions: The man with allergies never gets the girl, but that may change for restaurateur Ian Zamora when he makes an appointment with allergist Petra Lale. A little romance just might be chicken soup for his heart.Marrying the Wrong Man: Morgan Parrish's dad planned her marriage to a man destined to be president of the United States, but she fell in love with the town drunk's son, got pregnant, and fled. Now she's back and waitressing at the bistro Charlie Cramer manages. If they give in to the attraction and screw things up again, their daughter will deal with the fallout...or they just might get that American dream after all.Delicious Deception: Artist Emily Kate Boudreaux spends her days running a restaurant on a Texas bayou because it's what her family expects. Then sexy chef Connor Rikeland walks into her life and turns her business and her bed into one hot adventure. But Cajun cooking isn't his ticket to fame, and his story is a sham. Emily Kate must decide what's real, what's a lie, and what's worth risking her heart over.Sensuality Level: Sensual