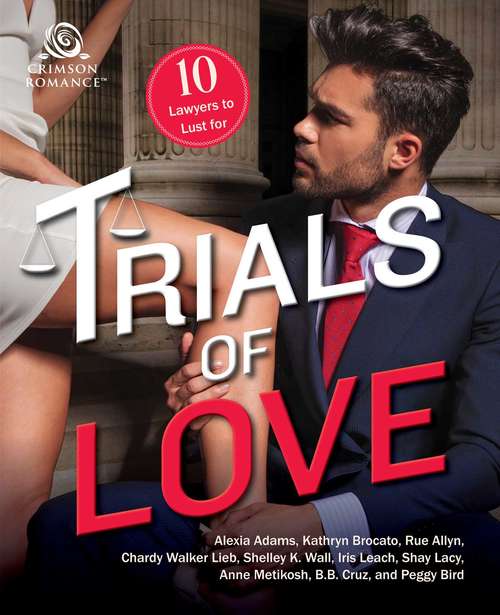 These legal eagles might love their law and order, but they also know how to have a gavel-banging good time. Can late-night debriefings develop into lasting love for these ten couples? You be the judge!Her Faux Fiancé: Hotshot corporate lawyer Erik Sigurdson breezes into town determined to survive a two-week family reunion. He makes his ex, Analise Thordarson, an irresistible offer: pretend to be his fiancée and he’ll lend her the money to pay off her grandfather’s debts. But when their fake engagement is complicated by a real pregnancy, they must sort out who is using whom and if this faux relationship could lead to a real future. Bride by the Book: Small-town Arkansas attorney Garner Holt badly needs an assistant to sort out his cluttered office, but he didn’t expect a super-secretary like Miss Angelina Brownwood. She’s perfect until an online search reveals a flaw: Angelina isn’t a secretary. Does her secret mean he can’t make this unique woman his for life? One Day’s Loving: Mae Alden likes her quiet life—she’s certainly not cut out to defy convention like her sisters. But everything changes when Boston attorney James Collins reads her father’s will and Mae must choose between who she is and the marriage everyone expects. Could James himself offer the answer to both? The Amulet: In their first life, Jackson Hawthorne was forced to watch as his fiancée was tried, convicted, and hung. Now an attorney in modern-day Salem, Massachusetts, can he get to the bottom of the mysterious threats to gorgeous Abby Corey’s life—and stop history from repeating itself? Find Me: Amanda Gillespie never bargained on seeing Jackson Holstenar again after she was asked to leave the law firm where they worked. Now he’s in the weird position of trying to help her become his best pal’s ideal girl. With a little help from fate, these two confused hearts might just find a way back to each other for good. Looking for Prince Charming: Glory agrees to pose as her fellow lawyer and boss’s girlfriend while he campaigns for Lord Mayor of Melbourne—which might not be the best idea since she’s already in love with the charming playboy. Counterpoint: The attorney general assigns Ciara Alafita to find out if defense attorney Bryce Gannon is corrupt, but this take-no-prisoners defense attorney is as elusive as the identity of the person trying to kill him. If she can’t convince Bryce to let the feds protect him or to give up his current case, she might never get the chance to admit the truth or her feelings to him. Trial Run: Nina Ryan was just doing her sister a favor when she agreed to sit on a mock jury to help form a defense for a confessed killer. But the evidence isn’t clear-cut, and it seems David Maitland, the sexy new guy in town that she’s falling for, might have something to do with this case. When the suspect ends up dead, can Nina accept some harsh realities to her future with David? Dangerous Decisions: Someone is feeding the feds info on alleged illegal activities at the Franklin Everly law firm, and there’s enough evidence to put Carino Montgomery in the hot seat when hired gun Ramon Terrones arrives to uncover the mole. But from the moment they meet, Ramon relentlessly pursues Carino, triggering a whirlwind romance packed with fierce emotions and secrets that won’t remain buried. Unmasking Love: Sparks fly when Julie Payne meets Trace Watkins at a costume party, and they end the night beneath the sheets while literally hiding behind their masks. But their real identities present a serious snag: Trace manages the bank Julie happens to be suing for her client. Will they turn this nasty trick of fate into a treat? Sensuality Level: Sensual