Why Are So Many Americans in Prison? 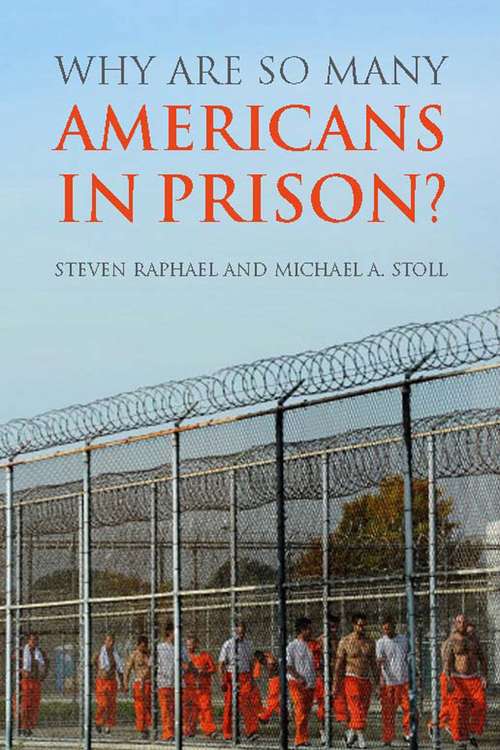 By: Steven Raphael • Michael A. Stoll
Login
Sign Up

Between 1975 and 2007, the American incarceration rate increased nearly fivefold, a historic increase that puts the United States in a league of its own among advanced economies. We incarcerate more people today than we ever have, and we stand out as the nation that most frequently uses incarceration to punish those who break the law. What factors explain the dramatic rise in incarceration rates in such a short period of time? In Why Are So Many Americans in Prison? Steven Raphael and Michael A. Stoll analyze the shocking expansion of America’s prison system and illustrate the pressing need to rethink mass incarceration in this country.

Raphael and Stoll carefully evaluate changes in crime patterns, enforcement practices and sentencing laws to reach a sobering conclusion: So many Americans are in prison today because we have chosen, through our public policies, to put them there. They dispel the notion that a rise in crime rates fueled the incarceration surge; in fact, crime rates have steadily declined to all-time lows. There is also little evidence for other factors commonly offered to explain the prison boom, such as the deinstitutionalization of the mentally ill since the 1950s, changing demographics, or the crack-cocaine epidemic. By contrast, Raphael and Stoll demonstrate that legislative changes to a relatively small set of sentencing policies explain nearly all prison growth since the 1980s. So-called tough on crime laws, including mandatory minimum penalties and repeat offender statutes, have increased the propensity to punish more offenders with lengthier prison sentences. Raphael and Stoll argue that the high-incarceration regime has inflicted broad social costs, particularly among minority communities, who form a disproportionate share of the incarcerated population. Why Are So Many Americans in Prison? ends with a powerful plea to consider alternative crime control strategies, such as expanded policing, drug court programs, and sentencing law reform, which together can end our addiction to incarceration and still preserve public safety.

As states confront the budgetary and social costs of the incarceration boom, Why Are So Many Americans in Prison? provides a revealing and accessible guide to the policies that created the era of mass incarceration and what we can do now to end it.