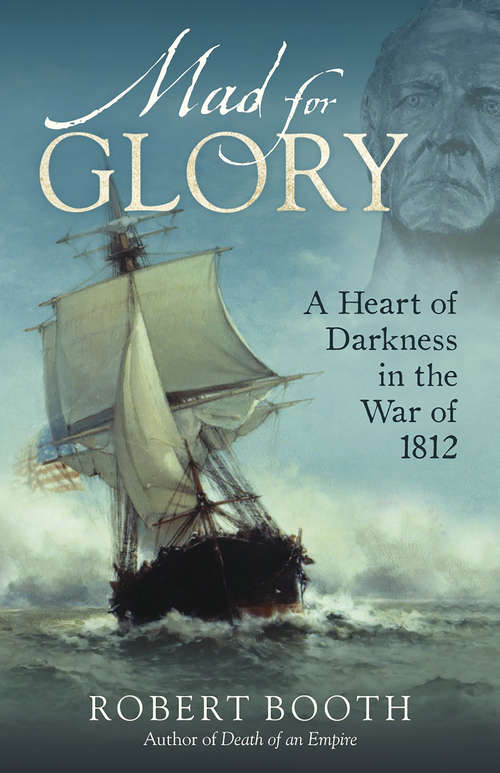 What if an American naval captain went rogue with his battleship? What if an American spy-turned-ambassador organized a revolutionary state on a distant continent and led its armies into the field? And what if these two self-anointed instruments of American policy were thrust together by chance, with rulers and republics hanging in the balance? It sounds implausible even for Hollywood, but two men played out this drama two hundred years ago.

In June of 1812, the United States declared war on Great Britain, in effect aligning itself with Napoleon and his allies in a global conflict. With an army of 6,000 men and a navy comprising just seventeen deepwater vessels, the U.S. was no match for imperial Britain. Still, any war, no matter how ill-advised, could make the career and fortune of an enterprising commander, and Captain David Porter was determined not to miss the chance. Putting to sea with orders to join a three-vessel squadron and harass the British in the Atlantic, he chose instead to sail his thirty-two-gun frigate Essex around Cape Horn and invade the Pacific Ocean, initiating the longest, strangest naval adventure in American history.

Operating far beyond the influence of military planners, Porter led his ship and its 300 men off America's strategic map and into a personal war of privateering, pillaging, and orgies. To his dismay, one of his first encounters was with Joel Roberts Poinsett, a U.S. agent sent to South America by the State Department to foil the British and to influence revolutionary movements. Cut off from Washington by the Andes, Poinsett had written an American-style constitution for revolutionary Chile and helped lead the rebels against the royalist forces of Spain. He thought Porter's frigate was the answer to his prayers. Porter had other ideas.

Drawing on Porter and Poinsett's own writings and the accounts of eyewitnesses, Booth memorably recounts Porter's heart-of-darkness journey and the doomed efforts of Poinsett--lacking the crucial assistance Porter could have provided--to sustain the republic of Chile and align a liberated South America with the United States. These two men--one of them dangerously ungoverned and the other dangerously idealistic--laid the unstable foundation for their fledgling nation's relations with South America and became the godfathers of U.S. imperialism and nation-building.