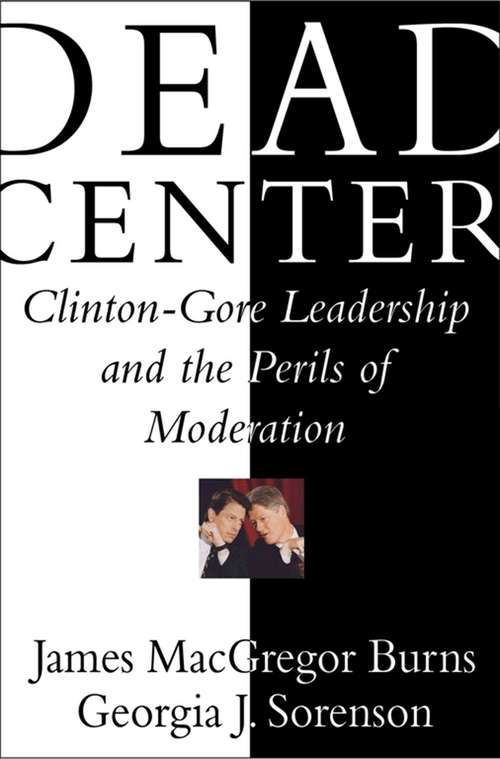 "The urgent question of our time is whether we can make change our friend and not our enemy....To renew America, we must be bold...must revitalize our democracy....Together with our friends and allies, we will work to shape change, lest it engulf us." With those inaugural words, William Jefferson Clinton began his first term as President of the United States. Now, a Pulitzer Prize-winning historian and a former White House aide provide the first penetrating, thoughtful evaluation of President Clinton's leadership. Before he was voted into office, Bill Clinton told the authors in an interview that he wanted to be a transforming leader, a president who would fashion real and lasting change in peoples' lives, in the tradition of Franklin Delano Roosevelt. But how has this president, who has sought to lead from the center with his vice president, Al Gore, and the First Lady, Hillary Rodham Clinton, measured up against his own stated goals and the aspirations and performances of other presidents since World War II? From the health care debacle and the 1994 midterm elections that swept the Republicans to a majority in both houses of Congress to the effect of scandal and impeachment on his ability to govern, Dead Center examines the leadership style of Bill Clinton and offers a forceful challenge to the strategy of centrism. There is no more respected presidential historian than James MacGregor Burns, author of several acclaimed books on leadership and the Pulitzer Prize-winning study of Franklin D. Roosevelt. Georgia J. Sorenson adds her own insights as a political scientist and presidential scholar. Their combined efforts have resulted in an incisive, informative, authoritative work and an absorbing read.