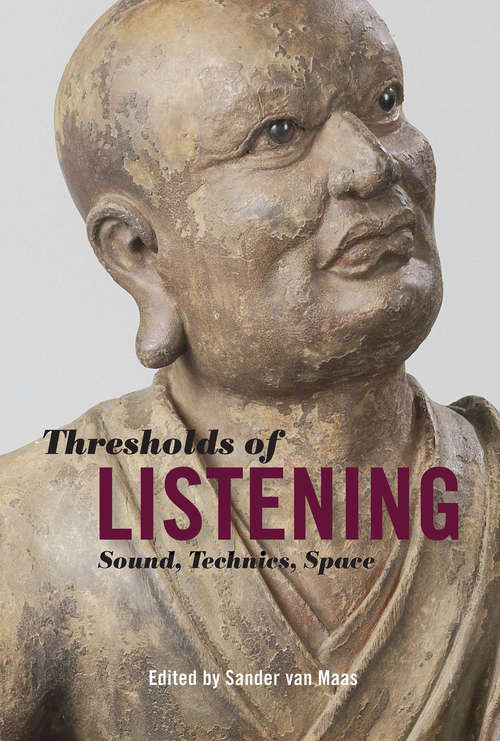 Thresholds of Listening addresses recent and historical changes in the ways listening has been conceived. Listening, having been emancipated from the passive, subjected position of reception, has come to be asserted as an active force in culture and in collective and individual politics.

The contributors to this volume show that the exteriorization of listening— brought into relief by recent historical studies of technologies of listening—involves a re-negotiation of the theoretical and pragmatic distinctions that underpin the notion of listening. Focusing on the manifold borderlines between listening and its erstwhile others, such as speaking, reading, touching, seeing, or hearing, the book maps new frontiers in the history of aurality. They suggest that listening’s finitude— defined in some of the essays as its death or deadliness—should be considered as a heuristic instrument rather than as a mere descriptor.

Listening emerges where it appears to end or to run up against thresholds and limits—or when it takes unexpected turns. Listening’s recent emergence on the cultural and theoretical scene may therefore be productively read against contemporary recurrences of the motifs of elusiveness, finitude, and resistance to open up new politics, discourses, and technologies of aurality.