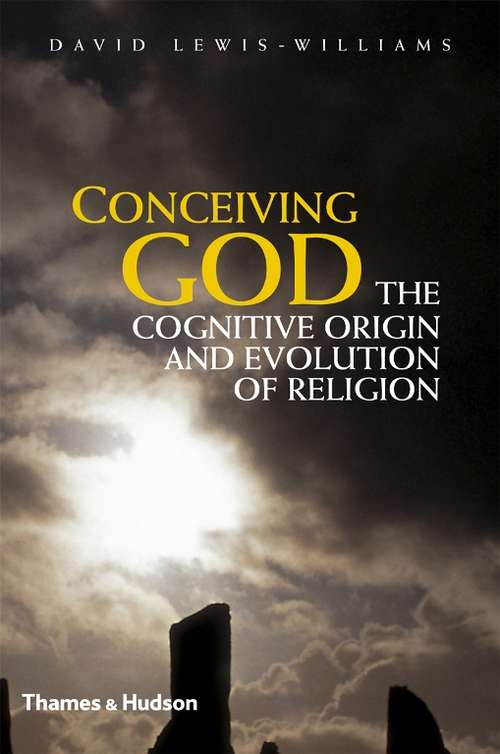 A controversial exploration of the origin of religion in the neurology of the human brain.

In this book the noted cognitive archaeologist David Lewis-Williams confronts a question that troubles many people in the world today: Is there a supernatural realm that intervenes in the material world of daily life and leads to the evolution of religions?

Professor Lewis-Williams first describes how science developed within the cocoon of religion and then shows how the natural functioning of the human brain creates experiences that can lead to belief in a supernatural realm, beings, and interventions. Once people have these experiences, they formulate beliefs about

them, and thus creeds are born.

Forty thousand years ago, people were leaving traces in the archaeological record of activities that we can label religious, and Lewis-Williams discusses in detail the evidence preserved in the Volp Caves in France. He also shows that mental imagery produced by the functioning of the human brain can be detected in widely separated religious communities such as Hildegard of Bingen's in medieval Europe or the San hunters of southern Africa.