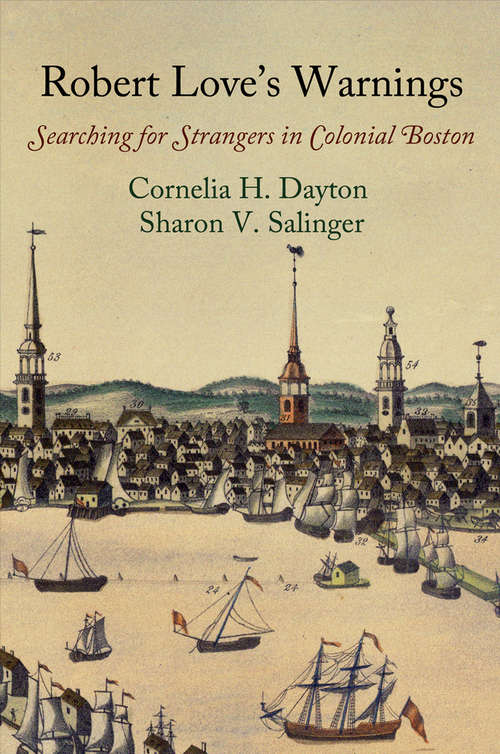 In colonial America, the system of "warning out" was distinctive to New England, a way for a community to regulate those to whom it would extend welfare. Robert Love's Warnings animates this nearly forgotten aspect of colonial life, richly detailing the moral and legal basis of the practice and the religious and humanistic vision of those who enforced it.Historians Cornelia H. Dayton and Sharon V. Salinger follow one otherwise obscure town clerk, Robert Love, as he walked through Boston's streets to tell sojourners, "in His Majesty's Name," that they were warned to depart the town in fourteen days. This declaration meant not that newcomers literally had to leave, but that they could not claim legal settlement or rely on town poor relief. Warned youths and adults could reside, work, marry, or buy a house in the city. If they became needy, their relief was paid for by the province treasurer. Warning thus functioned as a registration system, encouraging the flow of labor and protecting town coffers.Between 1765 and 1774, Robert Love warned four thousand itinerants, including youthful migrant workers, demobilized British soldiers, recently exiled Acadians, and women following the redcoats who occupied Boston in 1768. Appointed warner at age sixty-eight owing to his unusual capacity for remembering faces, Love kept meticulous records of the sojourners he spoke to, including where they lodged and whether they were lame, ragged, drunk, impudent, homeless, or begging. Through these documents, Dayton and Salinger reconstruct the biographies of travelers, exploring why so many people were on the move throughout the British Atlantic and why they came to Boston. With a fresh interpretation of the role that warning played in Boston's civic structure and street life, Robert Love's Warnings reveals the complex legal, social, and political landscape of New England in the decade before the Revolution.