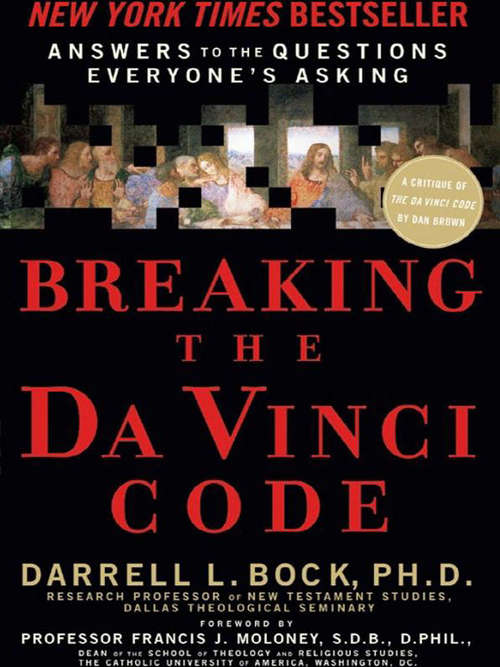 Many who have read the New York Times bestseller The Da Vinci Code have questions that arise from seven codes-expressed or implied-in Dan Brown's book. In Breaking the Da Vinci Code: Answers to the Questions Everyone's Asking, Darrell Bock, Ph.D., responds to the novelist's claims using central ancient texts and answers the following questions:

Who was Mary Magdalene?

Would Jesus Being Single be Un-Jewish?

Do the So-Called Secret Gnostic Gospels Help Us Understand Jesus?

What Is the Remaining Relevance of The Da Vinci Code?

Darrell Bock's research uncovers the origins of these codes by focusing on the 325 years immediately following the birth of Christ, for the claims of The Da Vinci Code rise or fall on the basis of things emerging from this period. Breaking the Da Vinci Code, now available in trade paper, distinguishes fictitious entertainment from historical elements of the Christian faith. For by seeing these differences, one can break the Da Vinci code.