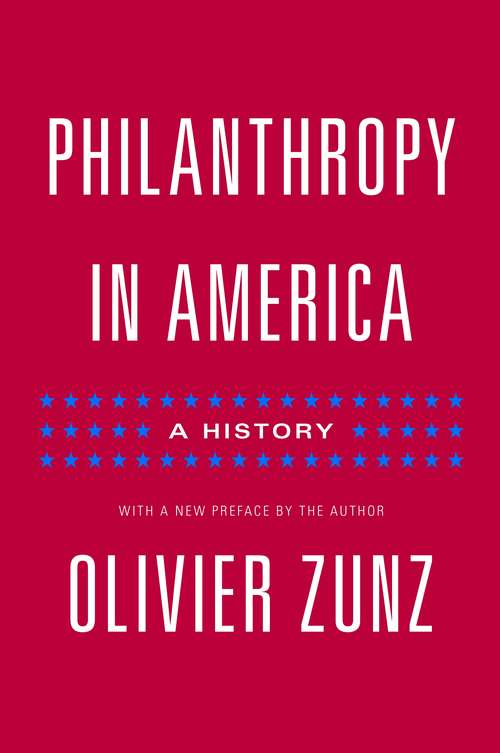 American philanthropy today expands knowledge, champions social movements, defines active citizenship, influences policymaking, and addresses humanitarian crises. How did philanthropy become such a powerful and integral force in American society? Philanthropy in America is the first book to explore in depth the twentieth-century growth of this unique phenomenon. Ranging from the influential large-scale foundations established by tycoons such as John D. Rockefeller, Sr., and the mass mobilization of small donors by the Red Cross and March of Dimes, to the recent social advocacy of individuals like Bill Gates and George Soros, respected historian Olivier Zunz chronicles the tight connections between private giving and public affairs, and shows how this union has enlarged democracy and shaped history. Zunz looks at the ways in which American philanthropy emerged not as charity work, but as an open and sometimes controversial means to foster independent investigation, problem solving, and the greater good. Andrew Carnegie supported science research and higher education, catapulting these fields to a prominent position on the world stage. In the 1950s, Howard Pew deliberately funded the young Billy Graham to counter liberal philanthropies, prefiguring the culture wars and increased philanthropic support for religious causes. And in the 1960s, the Ford Foundation supported civil rights through education, voter registration drives, and community action programs. Zunz argues that American giving allowed the country to export its ideals abroad after World War II, and he examines the federal tax policies that unified the diverse nonprofit sector. Demonstrating that America has cultivated and relied on philanthropy more than any other country, Philanthropy in America examines how giving for the betterment of all became embedded in the fabric of the nation's civic democracy.