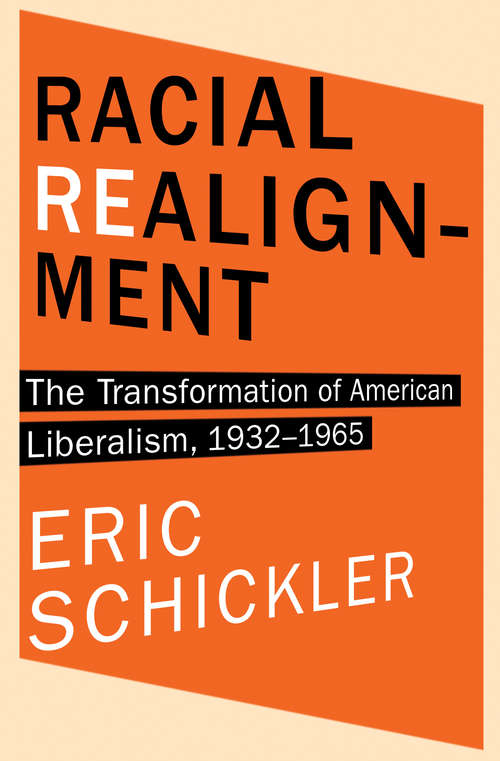 Few transformations in American politics have been as important as the integration of African Americans into the Democratic Party and the Republican embrace of racial policy conservatism. The story of this partisan realignment on race is often told as one in which political elites--such as Lyndon Johnson and Barry Goldwater--set in motion a dramatic and sudden reshuffling of party positioning on racial issues during the 1960s. Racial Realignment instead argues that top party leaders were actually among the last to move, and that their choices were dictated by changes that had already occurred beneath them. Drawing upon rich data sources and original historical research, Eric Schickler shows that the two parties' transformation on civil rights took place gradually over decades.

Schickler reveals that Democratic partisanship, economic liberalism, and support for civil rights had crystallized in public opinion, state parties, and Congress by the mid-1940s. This trend was propelled forward by the incorporation of African Americans and the pro-civil-rights Congress of Industrial Organizations into the Democratic coalition. Meanwhile, Republican partisanship became aligned with economic and racial conservatism. Scrambling to maintain existing power bases, national party elites refused to acknowledge these changes for as long as they could, but the civil rights movement finally forced them to choose where their respective parties would stand.