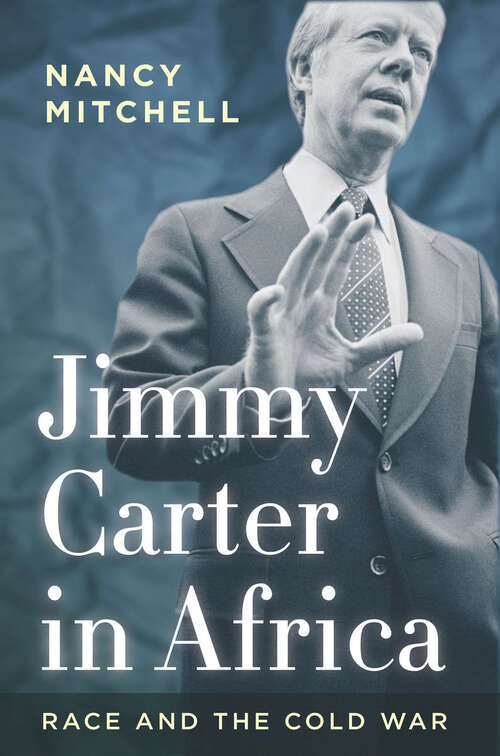 In the mid-1970s, the Cold War had frozen into a nuclear stalemate in Europe and retreated from the headlines in Asia. As Gerald Ford and Jimmy Carter fought for the presidency in late 1976, the superpower struggle overseas seemed to take a backseat to more contentious domestic issues of race relations and rising unemployment. There was one continent, however, where the Cold War was on the point of flaring hot: Africa.

Jimmy Carter in Africa opens just after Henry Kissinger's failed 1975 plot in Angola, as Carter launches his presidential campaign. The Civil Rights Act was only a decade old, and issues of racial justice remained contentious. Racism at home undermined Americans' efforts to "win hearts and minds" abroad and provided potent propaganda to the Kremlin. As President Carter confronted Africa, the essence of American foreign policy--stopping Soviet expansion--slammed up against the most explosive and raw aspect of American domestic politics--racism.

Drawing on candid interviews with Carter, as well as key U.S. and foreign diplomats, and on a dazzling array of international archival sources, Nancy Mitchell offers a timely reevaluation of the Carter administration and of the man himself. In the face of two major tests, in Rhodesia and the Horn of Africa, Carter grappled with questions of Cold War competition, domestic politics, personal loyalty, and decision-making style. Mitchell reveals an administration not beset by weakness and indecision, as is too commonly assumed, but rather constrained by Cold War dynamics and by the president's own temperament as he wrestled with a divided public and his own human failings. Jimmy Carter in Africa presents a stark portrait of how deeply Cold War politics and racial justice were intertwined.