The Washington State Census Board and Its Demographic Legacy 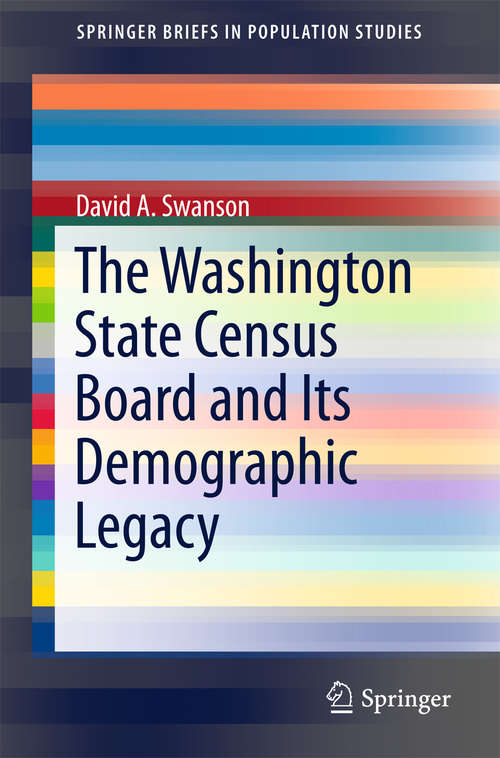 This book tells the story of how a group of far-sighted, academic researchers came to the aid of an overwhelmed local government. It details the history of the Washington State Census Board, which began in 1943 as part of an emergency measure during a massive wartime in-migration. The narrative also shows the demographic legacy of the Board and, ultimately, provides an unforgettable look into the creation and evolution of applied demography. Inside, readers will discover how Washington State struggled to keep up with the unexpected needs for housing, transportation, schools, and public utilities for the hundreds of thousands of migrants who came to work in industries that practically developed overnight with the mobilization for World War II. The author recounts how Professor Calvin F. Schmid, who led the Washington State Census Board, and his team developed methods of population estimation that are still in use today. In the process, the narrative reveals how population figures were gathered, compared, and projected at a time when the hand calculator was considered cutting-edge technology. The book also details how methods were refined and improved over time as well as how those involved developed new ways to obtain and, more importantly, utilize the information. With the aid of archived materials, personal interviews, and rich personal accounts, this book will inform and inspir e practicing and academic demographers as well as planners, policy-makers, historians, and interested readers.